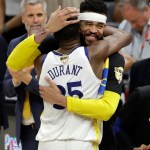 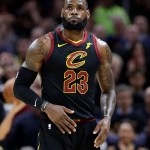 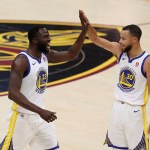 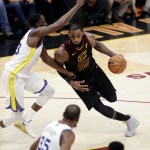 Rihanna hasn’t been shy about her love of LeBron James’ skills on the court and we’re learning that his wife Savannah James isn’t happy about it! Here’s RiRi’s reaction, according to EXCLUSIVE sources!

As LeBron James, 33, and the Cleveland Cavaliers made their way to the NBA Finals this years, one of his biggest fans, Rihanna, 30, didn’t hesitate to show her support. However we learned that LeBron’s wife Savannah James, 31, isn’t all that comfortable with RiRi’s enthusiastic love for the baller! Now, thanks to our insiders, we’re getting Rihanna’s reaction! “Rihanna truly doesn’t mean any disrespect to Savannah, she figures that LeBron is a public figure,” an insider tells HollywoodLife.com EXCLUSIVELY. “Rihanna met LeBron years ago, through JAY-Z, and she’s always thought he’s the ultimate god of basketball.”

However, the source added that Ri’s love for LeBron is only as a fan; it’s not romantic. “But, Rihanna isn’t interested in dating LeBron or anything, and she would never step on another woman’s toes, so she doesn’t see why she should temper her adoration, and if Savannah truly is upset over it, then she needs to get over it—it’s just part and parcel of being married to one of the hottest athletes of the time.” After the Cavs won Game 7 of the Eastern Conference Finals, RiRi posted a video celebrating the moment in which she let out a wild howl! Which we’re betting Savannah wasn’t digging…

“[Savannaha’s] uncomfortable with Rihanna posting pictures of LeBron on social media,” a source previously told HollywoodLife.com EXCLUSIVELY. “Savannah thinks it is inappropriate for Rihanna to be sharing the pictures of him to her 63 million followers. She thinks Rihanna is sending the wrong message… She has a family with LeBron and she will do everything in her power to protect her man and her family. She doesn’t like it one bit.”