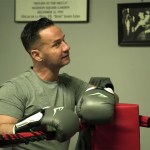 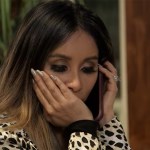 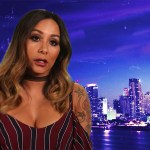 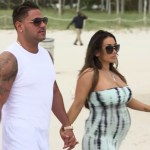 ‘Jersey Shore’ star Angelina Pivarnick is making amends with her past. Not only does she admit to being a ‘bitch’ during the early days of the series, but she tells us why she ‘regrets’ leaving in Season 2.

Just before Angelina Pivarnick made her grand return to Jersey Shore on May 24, she sat down for an EXCLUSIVE interview with HollywoodLife, during which she spilled the tea on everything from why she feels she’s a “bitch” to why she “regrets” leaving the show at the end of Season 2. “When people watch [the early seasons], they think I’m some villain or whatever. Listen, I’m a bitch, but listen I like being a bitch,” she said during an interview on our podcast. “I would say I’m a bitch… the reason why I would say it’s called a bitch is because we don’t take people’s crap. When you stick up for yourself and you’re a little bitchy — but women are bitchy sometimes, right? We all are. Let’s face it. But yeah, I tell it how it is, and I’m very real. One thing about me, I will tell you to your face how I feel about you, and I don’t care who you are. I’m going to say it just like it is. I’m not a sugar coater.”

Because of Angelina’s “say it just like it is” attitude, she was disliked by most of the cast. In turn, she left the series before Season 2 wrapped, amid constant bullying by Mike “The Situation” Sorrentino. She was eventually replaced by Snooki‘s good friend Deena Cortese, and the entire cast went on to make $1 million per episode. The show was a massive success for MTV, which is why the show was recently revived for a Family Vacation spinoff series. Unfortunately for Angelina, she left the show just before the cast signed those massive deals, so she — like anyone else would — “regrets” leaving when she did.

“I have regrets because I wasn’t part of that family and I wasn’t part of the money, but yeah, I do have regrets,” she told us. “But then when I look at my life, and I look at how I went on to becoming an EMT and helping people for a living, that’s what I really wanted to do. So, I took that regret and I turned it into something positive in my life.” At least she has a positive outlook on it now, right? And she did return for the revival series last week, so perhaps she can now make up for lost time.