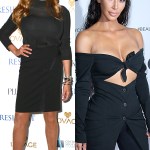 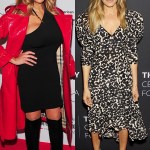 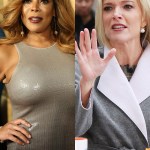 So awkward! Wendy Williams must not be a fan of Dua Lipa because she basically butchered the singer’s name when mentioning her during the May 22 episode of her talk show.

It looks like we have another “Adele Dazeem” situation on our hands, as Wendy Williams completely mispronounced Dua Lipa‘s name during the May 22 episode of her talk show. While looking over red carpet footage from the May 20 Billboard Music Awards, Wendy asked her talk show audience what they thought of Dua Lipa. Well, technically, she asked them what they thought of “Doola Peep” because that’s actually how she pronounced the singer’s name. And no, we’re not joking. Fortunately, Dua laughed the whole thing off on Twitter, asking if “Doola Peep” was the name of “a new Kanye [West] song”, but the rest of Twitter trolled Wendy hard because of the terrible snafu.

One Twitter user said, “The way Wendy Williams pronounced Dua Lipa bdjdjdjdjdjd LMAO,” while another added, “from now on i’m only referring to dua lipa as dula pi because that’s what my lord and saviour wendy williams calls her.” Furthermore, one user tweeted, “i can’t stop hearing wendy williams calling dua lipa ‘dula pee’ in my head.” And someone else said, “Wendy Williams mispronouncing Dua Lipa as dula peep is the funniest thing I have ever watched in my life.” Clearly, viewers couldn’t get enough of it.

To hear the audio clip of Wendy Williams butchering Dua Lipa’s name, as well as the singer’s hilarious response to the ordeal, see the tweets above.