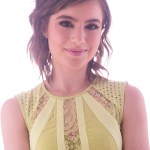 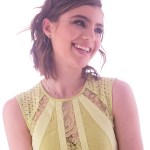 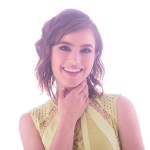 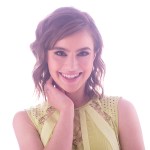 Whoever is lucky enough to win Sami Gayle’s heart, better be ready to not only win over her family, but also Tom Selleck, Donnie Wahlberg and her ‘Blue Bloods’ family.

Sami Gayle has worked on Blue Bloods since she was 14 years old. Now, at 22, she’s preparing for tonight’s season eight finale, and we can’t believe she’s grown up right before our eyes on the CBS TV show! Of course, her TV grandpa, Tom Selleck, and TV uncle, Donnie Wahlberg, feel the same way, and Sami admits to HollywoodLife.com how lucky she feels to be so close to her cast. “I’m lucky to have a second mother in Bridget [Moynahan], and a grandfather in Tom, and an uncle in Donnie, who is the most fun person on the planet,” she enthused on the HollywoodLife podcast. “To have that second family of support as I navigate, not only the world of the entertainment business, but also becoming a young woman, going to college, they have been integral in my development as a person.” Like a good family, the Blue Bloods cast looks out for their own, and Sami joked that when she has a lucky man come along, they’d need not only her family’s approval, but also the casts’. “There’s just a second round of screening. It’s not just my family, which is hard enough, but there is a whole other family. No, I’m really just so lucky.” Listen to the full podcast interview with Sami here!

Not only did Sami talk about her incredible tenure on Blue Bloods in which she plays Nicky Reagan, but she also discussed her latest venture — co-producing and acting in Netflix’s film Candy Jar. Starring Sami, Jacob Latimore, Uzo Aduba and Christina Hendricks, the film, which was written by Sami’s brother, Chad Klitzman, follows two ambitious high school students who are forced to work together to win a debate championship. “I think oftentimes as teenagers transition into young adulthood, we’re driven by expectations placed upon us by our parents and our teachers, and our peers, and we forget about our own interests,” Sami explained. “We need to carve a path for ourselves, and tend to our emotional wellbeing, even if that means deviating from the path that we had planned to take. I think that is what this movie is really about beneath all of the debate.”

In the midst of filming Blue Bloods and Candy Jar, Sami was also bustling through her last two semesters of college at Columbia University, where she is set to graduate this spring! A college degree, a film on Netflix, a TV season finale and so many more projects to come, Sami is doing unbelievable things! Check out Candy Jar on Netflix, and make sure to watch Sami and her Blue Bloods family on tonight’s season finale at 10 PM ET!