“Shy tings… ” Brooklyn Beckham, 19, captioned an April 18 Instagram post, featuring a woman covering her face while hanging out at Coachella. Though Brooklyn tagged Anwar Hadid, 18, and Yungblud, 20, the lady remained unknown, but this is the Internet. Secrets don’t remain secret for long, and the Daily Mail says the woman is 19-year-old Cindy Kimberly. Plus, a fan account, “WolfieCindyAddict” did capture a picture of her wearing a white knit dress similar to the woman in Brooklyn’s pic. So, if this is Cindy, the question now is – are she and Brooklyn a new couple, or were they just taking in the festival as friends?

So many questions! For those who need a refresher: Cindy, an Instagram model with 4.1 million followers, was thrust into the spotlight in 2015 when Justin Bieber, 25, was taken back by her beauty. “OMG who is this!” Biebs asked, and his Beliebers uncovered the identity of his crush. However, Cindy was just 17 at the time and fans warned the then-21-year-old Biebs to stay away. He seemed to take the advice, though he was spotted flirting with Cindy in 2016, even though he (at the time) had reunited with Selena Gomez, 25.

However, Biebs crushing on her gave Cindy a massive boost. “My life’s changed positively since Justin appeared in my life,” she said at the time. “At the beginning I felt completely overwhelmed and didn’t know how to deal with it but now I’m getting used to it.” She went from a 3£-an-hour babysitter to a model appearing in fashion campaigns, including an appearance in Elle Spain. 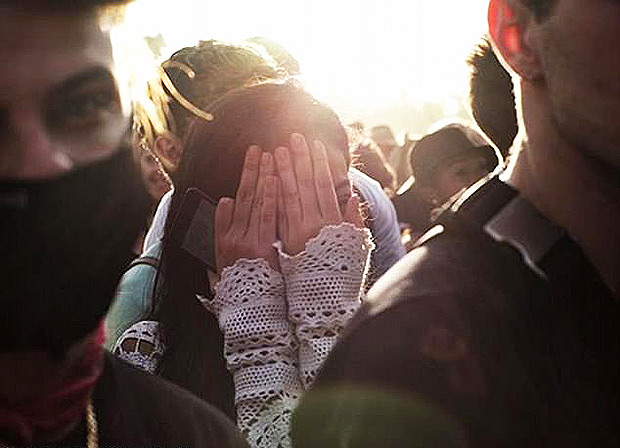 Brooklyn has been living it up since he and Chloe Moretz, 21, seemingly split. When Brooklyn was spotted kissing Playboy model Lexi Wood, 20, at a West Hollywood tattoo parlor, it pretty much confirmed that he and Chloe were over. This was quite a shock, since many thought that the two had gotten engaged right before last Christmas. What happened? Well, Chloe may have dropped a huge hint about the demise of her romance. She shared Cardi B’s “Be Careful” – a song about cheating – to her Instagram story around April 9. Huh. Either Chloe was just feeling the latest hit from Ms. Belcalis Almanzar, or she was throwing some low-key shade at her former bae.