So, Britni Thornton, are you the one…to get arrested for DUI? The reality TV star, best known for appearing on Are You The One? And MTV’s The Challenge, was reportedly arrested in Georgia on April 15, a day before she was to turn 27 years old, according to the NY Daily News. She was busted for driving under the influence of alcohol or drugs and booked into a Columbia Country Jail. She clearly doesn’t seem too disturbed by this, as she has a wide smile in her mug shot.

While Britni seems unbothered by her arrest, the ex-wife of her current boyfriend, Brad Fiorenza, 37, is not thrilled. Tori Hall, with who Brad has two children, was not happy to find out that her baby daddy’s bae was busted for DUI. “I’m livid,” she said after someone tweeted the news to her, according to Us Magazine. “There is no excuse to drink and drive. Ever.” 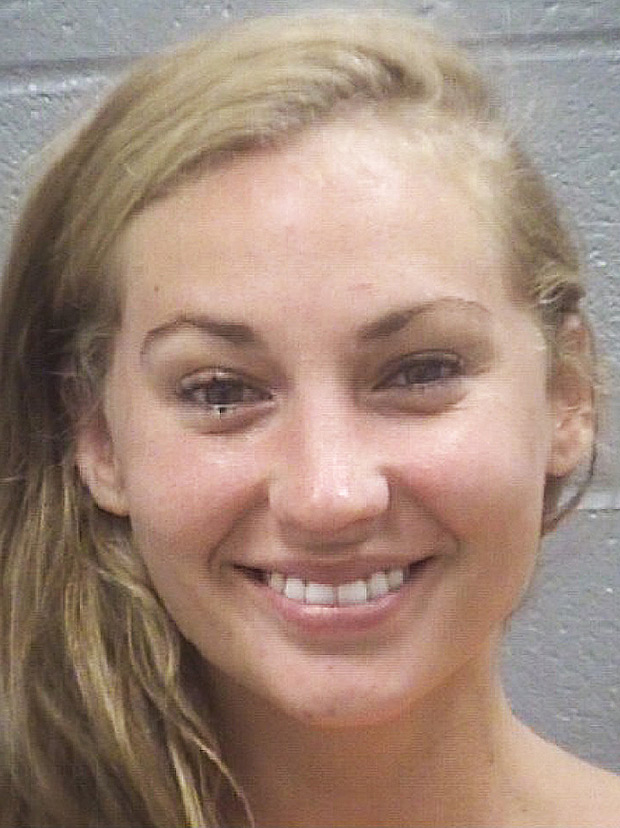 Huh. Don’t expect Britni to drive Brad’s kids – Brady, 6, and Chase, 3 – any time soon. Britni recently revealed that she met Brad and his kids recently. “I met his whole family in Chicago. … The kids are absolutely beautiful and I met Tori. We had a great meeting and I wouldn’t change anything about the way we met. She’s great. She handled her own and was very womanly about it. I couldn’t imagine being in that type of situation so from my point of view — I’m not a parent — she stood her ground, but was very kind at the same time. She’s a protective mama bear and such a sweetheart.”

Related: Xavier Prather: 5 Things To Know About The ‘Big Brother’ Winner On ‘The Challenge USA’