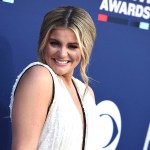 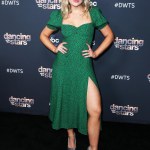 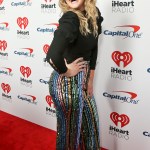 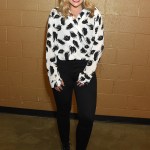 Congratulations to Lauren Alaina, the supremely talented winner of the ACM for New Female Vocalist of the Year! Did you know these five awesome facts about Lauren? Find out!

1. She found out she won the ACM for Female Vocalist of the Year from Reba McEntire! Lauren Alaina, 23, got the call of a lifetime, and it was caught on video. It was country legend (and current Colonel Sanders) Reba McEntire, telling her she won one of the greatest honors in country music! Lauren reacted exactly how you think anyone would: majorly freaking out! Seriously, it’s so cute. You can watch the full moment below!

Lauren posted the video (watch below!) on Instagram, along with this lengthy caption. She wrote, in part: “Like every post, I’ve got to start with a pun. This is the best thing that has happened to me in my ‘McEntire’ life. Now that that’s out of the way… oh my gosh. I won an ACM. AND @reba called to tell me. I am so thankful and appreciative to everyone who voted for me and made this happen.” Aww!

2. She called her boyfriend first after finding out the good news. As soon as Reba called Lauren to change her life forever, she immediately knew who she had to call: her longtime boyfriend, Alex Hopkins.

“Alex is the first person I told, and then I called my parents,” she told Sounds Like Nashville. “I actually called my dad and FaceTimed him, and then my mom was coming to the show that night.” Not only was her mom coming to town, but so were her stepdad, Alex, her best friend, Alex’s best friend, and Alex’s parents. Good timing!

3. Before becoming an ACM winner, she got her start on American Idol. Okay, some of you may know this. But it was back in 2011; it’s hard to remember sometimes! Lauren competed on American Idol‘s 11th season and was a fan favorite. She unfortunately didn’t win, though, getting beaten by fellow country star Scotty McCreery. It’s all good — she and Scotty are still friends, and she’s even watching the new season!

Like every post, I’ve got to start with a pun. This is the best thing that has happened to me in my “McEntire” life. Now that that’s out of the way… oh my gosh. I won an ACM. AND @reba called to tell me. I am so thankful and appreciative to everyone who voted for me and made this happen. I’m so thankful to be given the chance to make music with people I love and sing it to more people I love. Country music is my heart, and today my country-loving heart is exploding. Thank you to my team and the people in the trenches helping make this happen. I couldnt do it without my team. You know who you are. This award is for ALL of us. #newfemalevocalistoftheyear @acmawards

4. She’s been performing since she was a toddler. Lauren says that she’s been singing since she was three years old, but doing so professionally wasn’t something she knew she wanted to do from childhood. She and her family just knew she had a gift!

5. Yes, she’s performing at the ACMs! Along with becoming an ACM winner, Lauren will grace the stage at the April 14 awards show. We can’t wait to see what she performs!