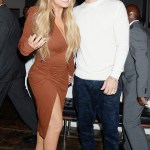 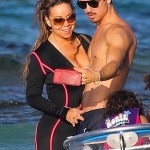 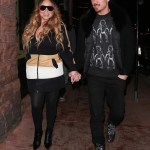 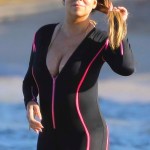 Are wedding bells in the future for Mariah Carey? The iconic singer reportedly popped the question to her bae, Bryan Tanaka, and the two are busy planning their big day!

Did Mariah Carey, 47, have a vision of love when looking at boyfriend Bryan Tanaka, 34, one that left her feeling all sorts of emotions? After deciding that she just can’t let go of this hunk, Mariah reportedly decided to make it happen – an engagement, that is! “Word is Mariah took matters into her own hands,” a source tells OK! magazine, “It was an unusual proposal but it did the trick. She wrote a song about how she wanted Bryan to be her husband and she performed it for him while wearing a sexy, glitzy gown. Then she explained that she’s ready for them to make their relationship official.”

Bryan gave a “hearty yes,” as the insider says, “He couldn’t believe his luck!” It appears Bryan also thinks he and Mariah belong together, and he always wants to be her baby. These two aren’t waiting around for one sweet day to tie the knot. While love takes time, Mariah and Bryan are already busy making wedding plans. “Mariah would love to get married in May at the Grand Wailea Resort in Maui,” the insider told OK!, “where she and Bryan first went public with their romance.” Mariah and Bryan struck up a relationship in late 2016, with Mariah low-key confirming the romance in February 2017 by calling Bryan her “boyfriend.”

Mariah’s “also toying with the idea of a winter wonderland wedding,” the source says. “After all, she is the queen of Christmas!” Could Mariah have the fantasy holiday wedding she’s always wanted, saying “Thank God I found you” to her honey, her all? Whenever Mariah decides to get married, don’t forget about us when it comes to the wedding invitations!

This alleged engagement would be the third time Mariah walked down the aisle, as she was previously married to Tommy Mottola, 68, and Nick Cannon, 37. After dealing with a pair of heartbreakers, MiMi isn’t fooling around, especially when it comes to her $520 million fortune. She’s working on an ironclad prenup, according to OK! magazine. “She’s had tow failed marriages already,” the source says. “She’s not going to take any risks here.” Speaking of Nick, expect to see him during Mariah’s big day.

Nick and Mariah’s twins – son Morocco and daughter Monroe, 6 – will be featured in his wedding, and sources say Mariah’s thinking of asking Nick to walk her down the aisle. “[He] will always be a big part of her life,” the source added. Considering Mariah, Nick and the twins recently made an adorable appearance at the 2018 Kids’ Choice Awards, it makes total sense that Mariah’s ex would be on hand to see her say “I Do” again.