What do we have here? New couple Blac Chyna, 29, and YBN Almighty Jay, 18, spent an intimate night in together on March 1, just one day after their sweet date in Studio City. These two must be really into each other; it’s the third day they’ve spent together this week! Jay proudly showed off Chyna on his Instagram story, letting his fans know that they were hanging out in bed! See screenshots from the video below.

Jay and Chyna kept things strictly PG for the camera, which is probably for the best. You know, because of the whole “leaked sex tape” thing. Jay and his lady are just goofing off and are completely clothed. It’s clear that they’re totally head over heels already. Just look at the smiles on their faces! Can we talk about how Chyna’s owning that long, turquoise wig? She looks like a million bucks.

You have to admit they make a pretty cute couple. After just three dates, they’re not shy at all about flaunting PDA. On their first date, on February 26, they were totally making out in public after going bowling! The second date, on February 28, they were holding hands on a romantic stroll. And now, bedtime! How dreamy. Chyna may be taking a little advantage of the situation, though, we learned EXCLUSIVELY.

A source close to the Kardashians told HollywoodLife.com that she’s being brazen with her PDA to tease ex-fiancé Rob Kardashian! “Chyna is being really vindictive and taunting Rob with this new guy,” our source said. “She’s been sending him pictures of them in bed together kissing and getting intimate — kissing and that kind of thing. So far, she hasn’t sent anything too graphic, but it’s enough to really upset Rob.” Keep ’em coming! 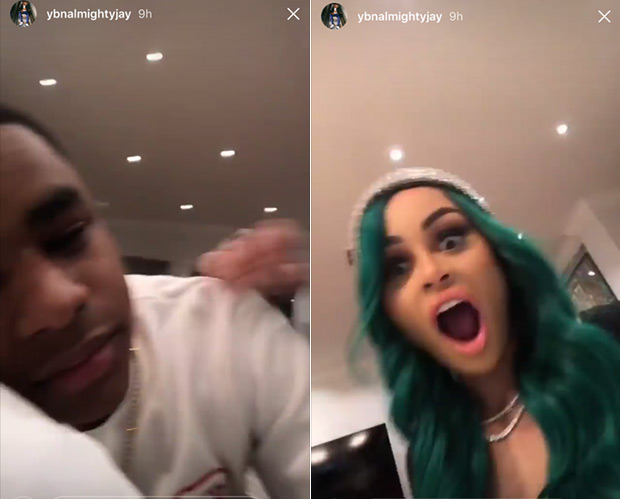