‘The Bachelor Winter Games’ is full of some serious dreamboats! Here’s everything you need to know about cast member Kevin Wendt!

1. Kevin won The Bachelorette Canada — but the relationship didn’t last. The Canadian stud, 33, fell hard for Bachelorette Jasmine Lorimer over the course of her season. She shocked fans when she chose Kevin over Mikhel Sickand. Kevin and Jasmine were together for five months before they split in April 2017. But they didn’t end things on bad terms. They both wrote sweet Instagram messages about each other, with Kevin saying: “Impossible to put into words the love and respect I have for this woman,” he wrote. “Im sad to share, at this point in our lives we have decided that it is best we go our separate ways. The situation in which we met and fell in love is a very real one. With it comes a mental and emotional test from day one. We gained strength together and a bond we will share forever. I have learned so much from Jas, and I am a much better man because of her. Although rough at times, the year we have spent together is something I wouldn’t change or want to experience with anyone else. Jasmine you are the brightest star in my eyes, and I will always be your biggest fan.”

2. He’s found lifelong friends after his journey on The Bachelor Winter Games. When it comes to Bachelor Nation shows, it’s all about finding love, but a lot of these cast members find friendships that last forever. Ahead of The Bachelor Winter Games premiere, Kevin posted a super cute Instagram photo with castmates Dean Unglert, Bibiana Juliana, Lesley Murphy, and Courtney Dober. “Ain’t nobody fresher than my muh’f*%#n’ clique #kaynewest #jayz #bachelornation,” he captioned the pic.

3. He’s served his country! Kevin is a former Navy man and is currently a firefighter based in Toronto, according to his Bachelorette bio.

4. He’s a family man. “Kevin talks to his mom every day and adores his little niece,” his Bachelorette bio reads. “His dream is to one day have a relationship as strong as his parents’ and a family of his own. He firmly believes there is one person out there just for him, and for Kevin, this could be his chance to finally meet her.”

5. The dude is ripped. If you take a look at Kevin’s Instagram page, there are tons of sexy shirtless photos. From the chiseled arms to his six-pack abs, Kevin is definitely a fan of the gym!

The Bachelor Winter Games premieres Feb. 13 at 8 p.m. on ABC. 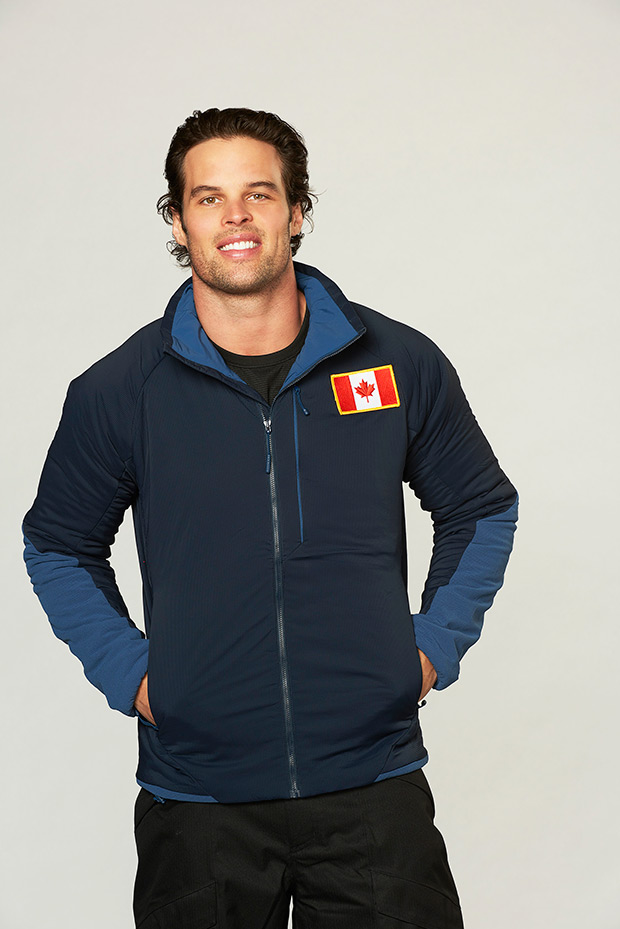 HollywoodLifers, do you think Kevin will find love on Winter Games? Let us know!