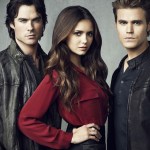 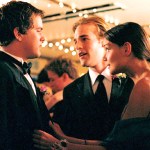 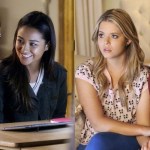 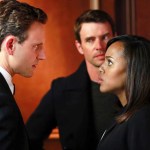 With Valentine’s Day right around the corner, it’s time to take a look at the best love triangles to ever grace our TV screens. These are the couples that left fans so torn!

There are so many fandoms out there revolving around couples that form a love triangle. You either ship a couple or you don’t. Fans get invested in these characters and their love lives, so watching these relationships play out on screen keeps everyone on the edge of their seats. Most love triangles survive over several seasons, so the wait is long but so worth it. And then there’s the important question of all when it comes to love triangles: who is endgame?

One of the most popular love triangles of all-time was without a doubt the Damon, Elena, and Stefan love triangle on The Vampire Diaries. Elena fell in love with Stefan, but she was drawn to his older brother Damon from the moment she met him. Even though Damon did a lot of questionable things, including kill Elena’s brother, Elena loved him and forgave him for all his sins. When Damon and Elena finally got together in season 4, Delena fans were ecstatic. Stelena fans held out hope until the end, but Delena was meant to be. However, Stefan did end up with Caroline. Before Stefan, Caroline was wrapped up in her own love triangle with Klaus and Tyler. While that love triangle fell apart, there’s still hope for the Klaroline shippers. (Come on, they’re totally endgame.)

Another TV love triangle that fans are still obsessed with is the one between Dean, Rory, and Jess on Gilmore Girls. Rory and Dean were each other’s first loves, but once Jess entered the picture, he piqued Rory’s mind and heart. Rory may have lost her virginity to Dean, but she always kept a soft spot for Jess. Yes, we know there’s Logan, but there was nothing quite like watching this love triangle play out in Stars Hollow.

Pretty Little Liars had its fair share of love triangles, too. On the Emison vs. Paily front, Emison eventually lived happily ever after. Haleb was a fan-favorite couple from the very beginning, but when they entered a rough patch, Spencer entered the picture. You either loved or hated Spaleb, but the Spencer, Caleb, and Hanna definitely shook things up on PLL. Check out the rest of the best TV love triangles in our gallery now!

HollywoodLifers, what is your favorite TV love triangle of all-time? Let us know!