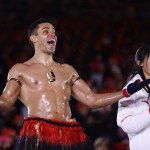 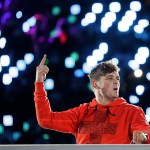 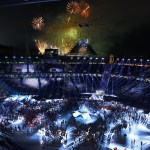 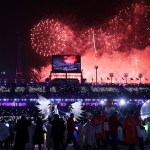 1. She’s one half of South Korean duo Bolbbalgan4: Ahn Ji Young, 22, formed South Korean indie-pop duo Bolbbalgan4 in 2016 with bestie Woo Jin Yoo. The girl group, also known as Blushing Youth or Bolppalgan Puberty, has taken the music world by storm with awesome songs like “Fight Day”, “Galaxy”, and “Tell Me You Love Me”. Ahn is the lead singer of the dreamy duo, while Woo plays guitar and bass, raps, and provides backup vocals.

2. She’s rumored to perform in the opening ceremony at the 2018 Pyeongchang Winter Olympics: We’ll find out soon enough, but the Olympics committee is keeping the performers in the opening ceremony secret! However, Ahn (but not Woo) is rumored to be collaborating with iconic Korean rock band Deulgookhwa during the ceremony! An anonymous source told Korea JoongAng Daily that, “Ahn will be performing with other singers and she will sing a song that has been chosen by the Organizing Committee.”

3. Ahn and Woo are childhood friends: The girls were both raised in Yeongju city, Gyeongsang, in South Korea, and were classmates. As children, they dreamed of becoming singers, and they made that dream a reality. The name of their band is apparently “built on the grounds that they wanted to make the kind of pure, honest music that can only be found in adolescence,” according to South Korean outlet ENews 24.

4. She’s a total inspiration to fans: Ahn slipped up during a September 2017 performance at the 2017 Fever Festival, when she forgot the lyrics to “Can Hear You” and began to cry. Rather than diss the singer for the mistake, her fans encouraged her to keep going, and she slayed the rest of her performance. Her fans rallied around her afterward, letting Ahn know that she’s human, too, and allowed to make mistakes like anyone else. Aww!!

5. The theme of her Olympics performance is reportedly “peace”: The song Ahn is allegedly performing with Deulgookhwa is about peace. That’s pretty much all anyone knows. The opening ceremony takes place at 8:00pm KST/6:00am ET at the Gangwon Province PyeongChang Olympic Stadium, and is directed by play director Yang Jung Woong. We’re so excited to see Ahn!

HollywoodLifers, do you think Bolbbalgan4 is actually performing at the Winter Olympics? Let us know!