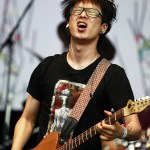 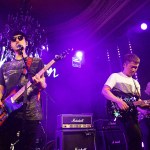 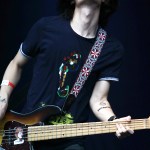 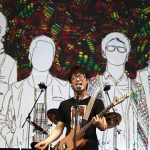 Guckkasten is one of South Korea’s hottest rock bands and their lead singer, Ha Hyun-Woo, has been making serious waves with his musical talent. Here’s everything you should know about the musician performing at the 2018 Winter Olympics.

Ha Hyun-Woo, 36, has been impressing tons of music fans as the lead singer of the South Korean rock band Guckkasten and now he’s set to play to a worldwide audience at the opening ceremony of the 2018 PyeongChang Winter Olympics! Here are five things you should know about the talented star who is set to take on tons more exposure.

1.) Before Guckkasten, Ha Hyun-Woo was a part of two other bands. New Unbalance was formed in 2001 and played with the same members up until their keyboardist left the group in 2003 and after bringing on a new keyboardist, they changed their band and name to The C.O.M aka the Compass of Music. Though they played at the 2003 Samzi Festival, they disbanded shortly after due to military enlistment issues. Years later, in 2007, the remaining members formed Guckkasten.

2.) In addition to music, he loves to draw. Ha Hyun-Woo grew up drawing cartoons and he learned about art during his time in high school before attending college to study more. He quit music for a bit during his short time studying about art and aesthetics. His experience allowed him to design all of Guckkasten’s album covers.

3.) He participated in the South Korean competition singing show King of Mask Singer. He made a record and was mask king for about 18 consecutive broadcast weeks with the mask “Music Captain of Our Local” and received an average of 68. 22 votes out of 90.

4.) His music was first inspired by his friend stealing his girlfriend in high school. He wrote his first song called “She’s Gone” to help with the experience and received a great response after singing it in the high school festival. His music journey began after that but his father opposed him studying it in school, so he didn’t.

5.) He struggled with going through puberty and was very introverted. Ha Hyun-Woo felt like an outsider and his loner feelings became a big theme in the music he wrote for Guckkasten. During these troubling times, he also didn’t speak much and he feels his long silence helped his voice reach the high pitched sounds it does for his music.

HollywoodLifers, do you enjoy Ha Hyun-Woo’s music? Let us know!