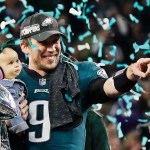 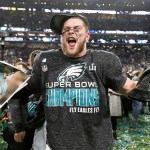 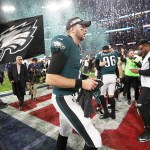 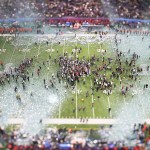 The Eagles weren’t the only stars of Super Bowl 52. Lucky fan Ryan McKenna has gone viral on Twitter because of his adorable selfie with Justin Timberlake.

Super Bowl 52 was a night to remember! From the Philadelphia Eagles’ incredible win to Justin Timberlake’s entertaining halftime show on Feb. 4, the list goes on. However, footbal fan Ryan McKenna has found himself on everyone’s radar after being spotted taking an iconic selfie with JT during his halftime performance. Ryan first got our attention when pictures surfaced of him looking down at his phone during the show. Turns out he, like every millennial, was trying to update his social media because he took a must-see pic with NSYNC‘s very own. Because of this, he deserves a moment, and we compiled a list of everything you need to know about him!

HollywoodLifers, how adorable is Ryan McKenna’s selfie with Justin Timberlake?