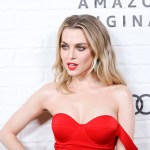 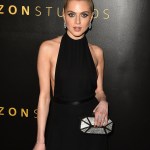 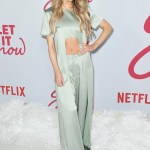 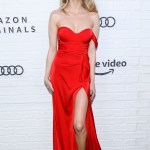 We now know who killed Hannah Baker on ’13 Reasons Why’, but do you know who almost played her before Katherine Langford was cast? HollywoodLife does!

Anne Winters, 23, will portray Chloe in the second season of Netflix’s 13 Reasons Why, but she was almost cast as a lead in the first season. In an EXCLUSIVE interview with HollywoodLife, the young up-and-coming actress revealed that she was once up for the role of Hannah Baker! Anne told HollywoodLife, “I actually almost got the role of Hannah. I went to New York and met Brian [Yorkey, creator] and everything.” As fans of the series know, the role went to Katherine Langford, 21, who later received a Golden Globe Award nomination for bringing Hannah Baker to life on the small screen.

So, did Anne end up watching the first season of 13 Reasons Why once it was released? Not exactly. “You know, when you don’t get something you’re like oh, that sucks,” Anne told HollywoodLife during our interview. “When it was such a big hit at the beginning I was like you know what, I don’t need to watch it right now. I’ll wait ’til later. And then when I booked it I was like okay, I gotta watch all of them, so I binge watched it all. But I had read the book already and I read the script obviously from when I first auditioned for it, and yeah it’s an amazing concept, amazing script, amazing writers! I knew it was gonna be an amazing show, and obviously it’s doing so well.”

Unfortunately, there’s very little that Anne can share about her role as Chloe in the second season, but she did tell HollywoodLife: “My character is pretty in the middle of the drama this whole season. I’m curious to see what people’s view of her is like because I think it might change from the beginning to the season towards the end. She kind of goes through a big arc. So I’m excited to see the reaction to her.”

Sadly the second season of 13 Reasons Why doesn’t have a premiere date yet, but in the meantime you can catch Anne starring alongside Selma Blair and Nicolas Cage in their new thriller, Mom and Dad, which hits theaters, VOD and Digital HD on January 19!

Tell us, HollywoodLifers — What do YOU think about Anne almost being cast as Hannah in 13 Reasons Why? Comment below, let us know!