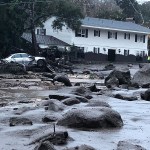 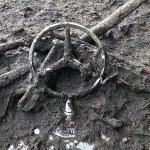 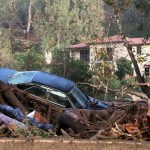 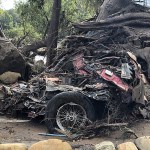 Bella Thorne’s tweet about bad traffic during the deadly Montecito mudslides was harshly criticized but she’s not feeling sorry about it. Get EXCLUSIVE details on why here!

Bella Thorne, 20, was called out by actor Rob Lowe, 53, on Jan. 11 after she complained about backed up traffic due to the devastating mudslides in Montecito, California but the actress isn’t ready to apologize for it anytime soon. “Bella has already explained that she had no idea how crazy the mudslides were, and that people had actually died, so she has no intention of issuing an apology,” a source close to Bella EXCLUSIVELY told HollywoodLife.com. “Bella genuinely didn’t know about the deaths, and she feels terrible that she’s being portrayed as some kind of heartless celeb-brat, because that’s far from what she really is. At the same time though, Bella can’t help feeling that people need to chill the f**k out, it’s like these days everyone is trawling social media purposely trying to find something to turn into an ‘outrage’. She wasn’t aware how serious the situation was, she’s made that clear, so people need to just move on now and let it go.”

Bella may not have been aware of the severity of the situation at the time of her tweet, in which she complained about missing her boyfriend, Mod Sun‘s first show of his tour, but news spread quickly as the victim toll sadly kept increasing. It didn’t take long for her to tweet again after the incident to explain that she just turned on the news and had no idea why the freeway was shut down. She also encouraged her followers to get home to their families safely.

Bella’s words of hope for Southern California residents sure come at a time when they need it most. It’s been quite a few months for terrible natural disasters such as the wildfires and earthquakes. Our healing wishes go out to all those affected by the mudslides at this difficult time.

This attitude is why people hate celebrities/Hollywood. Bella, I’m sorry you were inconvenienced. We will try to move out our dead quicker.

HollywoodLifers, are you surprised Bella doesn’t plan on apologizing for her tweet? Let us know!