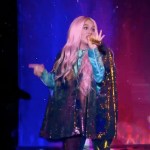 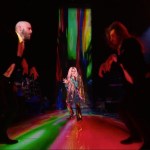 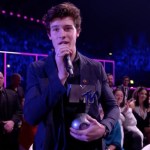 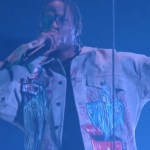 New couple alert? Shawn Mendes and Hailey Baldwin were spotted kissing the night away at an EMAs after party on Nov. 12. Find out the juicy details of their romantic time here!

Shawn Mendes, 19, may have been a big winner at the 2017 MTV Europe Music Awards on Nov. 12, but it turns out he was also a big winner with Hailey Baldwin, 20! The duo were seen french kissing at an after party and seemingly couldn’t leave the other’s side the whole night, according to The Sun. The fresh-faced young singer partied with Hailey and others until the early hours of the morning and had a great time posing for photos. He even posed for one with Hailey and EMAs host, Rita Ora and they all looked super happy! “The place was packed with stars but Shawn only had eyes for Hailey,” a source told the outlet. “It clearly wasn’t a one-time thing. They looked like they were seriously into each other. It was a very exclusive bash and Shawn and Hailey were really enjoying themselves, spending ages French kissing.”  See some of the best moments from the 2017 EMAs here!

This isn’t the first time Shawn and Hailey have been speculating dating rumors. They first made headlines when they left a Halloween party holding hands back in Oct. The couple have been friends for a while and Hailey was seen attending one of Shawn’s concerts in Aug. so perhaps this an old classic story of friends turn into lovers? It sure seems that way!

Hailey is the ex-girlfriend of Justin Bieber, 23, who has been making making waves because of his recent reconciliation with Selena Gomez, 25. Shawn’s previously admitted in past interviews that he has never been in a real serious relationship so perhaps Hailey will change that? We’ll have to wait and see!

HollywoodLifers, what do you think of Shawn and Hailey’s make out session? Let us know here!