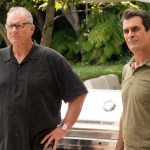 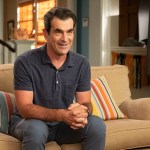 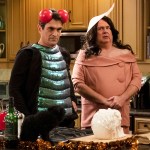 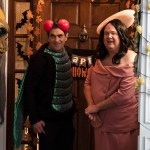 Haley Dunphy is bisexual, but how does her dad, Phil, feel about it? We spoke to Ty Burrell EXCLUSIVELY

Ty Burrell, 50, is all for his on-screen daughter, Haley Dunphy portrayed by Sarah Hyland, being bisexual, he told HollywoodLife EXCLUSIVELY. “I would support it 100%,” he told us at the Kids in the Spotlight Movies By Kids screening and awards show on Saturday, November 4.. “You know, our show has established itself as very forward thinking about that king of stuff so, yeah, I mean if it happens I’d be happy and I’d be very supportive!” As Modern Family fans know, Ty plays Phil Dunphy, the matriarch to the Dunphy family, including their eldest daughter, Haley. After almost a decade on air, Ty’s co-star, Sarah, recently revealed on Twitter that Haley is bisexual.

“I don’t know what the writers would say? But I confirm,” Sarah told a fan on Twitter on November 1. Fans had started to speculate on social media that Haley might also be into girls despite the fact she has dated primarily guys on the series. When one had the courage to tweet Sarah and ask, she was happy to reply with her own confirmation which was super exciting! As HollywoodLife previously reported, Modern Family is best known for being, well, modern. The series features a lead gay couple and has previously featured a transgender child for a very special episode. Hopefully this means we’ll get to see Haley exploring this side of herself in future episodes!

I don't know what the writers would say? But I confirm. https://t.co/KfRXMvCvl8

Tell us, HollywoodLifers — What do YOU think about Haley being a bisexual? Comment below, let us know!