Who knew that one Halloween costume could make such an impact? Carmelo Anthony, 33, is literally obsessed with estranged wife La La Anthony‘s Mortal Kombat costume, a latex bodysuit and sheer stockings , and he’s making it clear that he wants to see it up close and personal. Good thing he’s heading to New Yrk City for the weekend, where La La, 38, still lives with their son! “Carmelo is pushing hard to get some alone time with La La this weekend in New York,” a friend of Melo’s told HollywoodLife.com EXCLUSIVELY. “She looked so sexy in her Halloween costume that he couldn’t stand not being next to her. All he wants is to get some time with her, just the two of them. Carmelo misses La La so much! Being so far away from her is torture.”

That’s sweet, but there’s one thing standing in his way. Does La La even want to hang out with him? The estranged couple have been sending mixed messages about their relationship status, but La La’s also been living her best life while single. Still, she can’t help but love the attention from Carmelo, his friend tells us. “All he has is pictures of her, he’s constantly on her page looking for new ones,” they said. “He’s obsessed with her again, which is exactly what La La wants and needs to see.”

That attention wasn’t enough, though, for her to take Carmelo up on his offer to come home to him. He was drooling over the photo she posted to Instagram on Halloween, and he commented “I’m waiting.” No shame! She didn’t come home, instead partying the night away with French Montana, 32, at a Halloween party. Bummer! No wonder he was “jealous as hell,” as a different friend told us EXCLUSIVELY. Maybe his pleas will work this time. 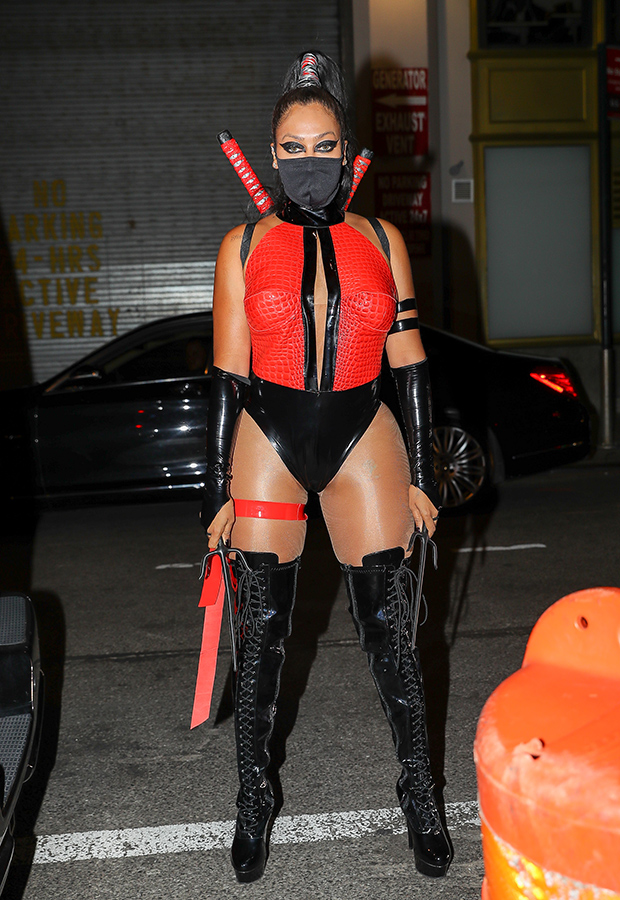 HollywoodLifers, do you think La La’s going to give Carmelo the alone time he wants? Let us know!