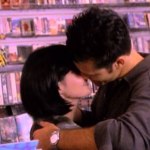 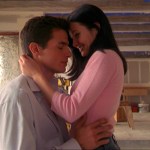 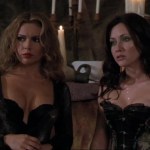 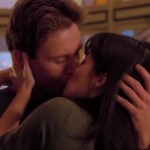 ‘Charmed’ premiered on The WB in 1998, ended in 2006, and yet the shipping wars are still raging today. But whether you preferred Cole and Phoebe to Piper and Leo, we can all agree on one thing: the sisters had ‘very’ magical love lives. Check out our tribute to the best relationships on ‘Charmed.’

As every Charmed fan knows, your power comes from your emotions. And right now we’ve got a whole lot of power, because 19 years ago today, Oct. 7, the cult classic TV show premiered and we were introduced to the Halliwells — the three best sisters in the world. Well, first set of three — there’s much debate over whether the Shannen Doherty seasons or the Rose McGowan years were the better era. But let’s not go there right now, for today is a happy day. Today we look back on all that was Charmed and pay tribute to what may not have been a critical success, but is arguably one of the best guilty pleasure series of all time. Click here to see pics of Shannen.

The show ran for eight glorious seasons on The WB (now The CW) and even though it went off the air over a decade ago, it is now one of the most binged shows on Netflix. That means members of a new generation are being introduced to Prue (Shannen), Piper (Holly Marie Combs), Phoebe (Alyssa Milano) and Paige (Rose) every single day. Of course, at the same time they are getting tangled up in the siblings’ complicated love lives. Actually, complicated doesn’t even begin to cover what those four accomplished in a series that was mainly about magic, sisterhood and girl power. So, in honor of a show that gave us unrealistic expectations about everything from the hairstyles we could accomplish our own each morning (come on, Pheebs) to proper work attire (we’re looking at you, Prue) we thought it was only right to talk about the men of Charmed too. You can see the steamiest moments our ladies shared with their guys in the gallery above.

There’s Leo (Brian Krause) a literal angel and Piper’s soulmate. We spent eight years rooting for these two and in that time had our hearts ripped out and stomped on every time the Elders stuck their noses where they didn’t belong. Then there was Cole (Julian McMahon), who was the ultimate bad boy (he literally became The Source of All Evil) and a HORRIBLE match for Phoebe. But nothing could stop us from hardcore shipping those two till the very end. Look, Coop, we get that you’re a cupid and the perfect man who ultimately married Phoebe, but we are Team Cole for life. When Prue’s high school sweetheart Andy (T.W. King) died we took it almost as hard as when the eldest sister was murdered herself — I said ALMOST. And it may have taken Paige the entire series, but when she finally met her husband Henry (Ivan Sergei), we breathed a sigh of relief.

We may never get over losing our Charmed Ones, but the Book of Shadows had to close eventually, right? Well, unless you’re one of those people who thinks the CW reboot is a good idea. But if that’s the case, I’d keep that opinion to yourself.

HollywoodLifers, are you sad Charmed is over? Do you still watch episodes on Netflix? Let us know below!