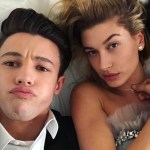 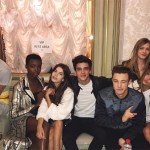 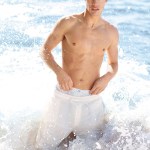 One of Cameron Dallas’s biggest fans was tragically killed in a car accident at the young age of 16, and the model made sure to let her family and friends know that she was loved by her idol with a heartwarming gesture.

Cameron Dallas, 23, has a heart of gold. When Tristen Danielle Robinson, only 16 years old, died suddenly in a fatal car accident, her friends rallied together to make sure her idol, Cameron, knew about it. They started a viral social media campaign with a heartfelt message to Cameron, and he definitely noticed. “For most of her life, her one wish was to meet you, however she never got that chance. While she was putting smiles on the faces of those around her, you were always there to make her laugh when she needed it the most,” a message written by one of Tristen’s friends read. That message, along with a beautiful picture of Tristen smiling, was repeatedly sent to Cameron on Twitter before her funeral which was on September 26.

On September 24, Tristen’s friend, Macy Lee, tweeted that Cameron had reached out to her late friend’s family. “Thank you so much to everybody that retweeted and tagged,” Macy wrote, referring to the message she originally tweeted on September 23. “The word has gotten out and we’ve been contacted. Cameron is sending flowers!” Macy ended her follow up tweet with a blue heart, clearly touched by not only the fans who helped Tristen’s story reach Cameron, but also Cameron’s touching response. Fans not only sent the message and picture to Cameron, but they kept track of it by using the hashtag “ForTris10”. Tristen may not have gotten to meet Cameron in person, but he definitely knew who she was — and now he has honored her life with the help of her friends.

HollywoodLifers — Leave your kind words and condolences for Cameron’s fan, Tristen, in the comments below. Tristen’s family, friends and loved ones remain in our thoughts during this difficult time.