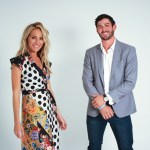 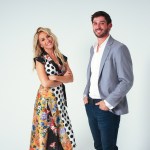 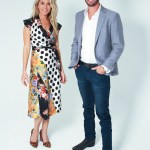 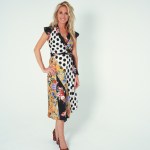 The ‘Below Deck’ crew — minus the vets — can’t seem to grasp the yacht life… and Captain Lee had to step in on this week’s episode. And, a drunken night out makes the crew show their true colors!

In case you missed last week’s season 5 premiere of Below Deck, then you didn’t get the epic introductions of the mostly-green crew Captain Lee, Kate and Nico have to deal with. We left off with the crew handling their first charter guests, aka the “adrenaline junkies”. And, things weren’t going too smooth. Kath felt as though she was a “solo stew” since her team were pretty clueless. And, Nico’s crew of deckhands weren’t too far behind. And, as we told you, Chef Matt was the only new crew member to hold his own. The guests loved his food last week. So, now the crew are still handing the adrenaline junkies and they’re about to serve them a beach-side lunch. Let’s dive in…

Things continued to be shaky in terms of Kate and Nico’s crews. They just weren’t picking up on what it takes to successfully work a charter. Not to mention, Bri injured her wrist trying to get out of a raft. So, Kate sat down with Captain Lee — who had about two eye rolls at this point [and it’s only 3 minutes into the episode] — to inquire about hiring another stew. He knew things were serious since Kate “never” comes to him with problems. And, in simple terms, he said, “We’re f–ked.”And, in other news, Bruno still can’t tie a knot.

Long story short — Captain Lee had to step and make some adjustments, which caused some major tensions within the crew. Nico had to come down on the crew a bit, where he adjusted some of the workload. And, he basically told Bruno he was the weakest link. And, Bruno didn’t take it well. Kate began timing the stew’s jobs and documenting them to monitor improvement. And, although Jen was entertaining, she wasn’t the best.

The adrenaline junkie crew ended up loving their charter trip and left the crew a $15,000 tip — aka $1,300 per crew member. Although Captain Lee awarded the crew by allowing them a night out, he did warn them that they all better pull their weight on the next charter. It was clear that he knew some of the crew members didn’t deserve the hefty tip.

Now, let’s get to the real fun — The crew’s first night out together! And, we finally got answers into Nico and Bri’s past. In case you didn’t see the premiere of season 5, Nico explained that he and Brianna knew each other from an old yachting trip. They spent one drunken night together, but no one knows if they hooked up… until now!

Nico and Bri flirted at the table a bit, but it didn’t last into the night. Although she asked him to be on the lookout for her potential “nip-slip.” Chris tried to hit on Bri and she was just not about it! And, Matt broke out of his shell and actually got drunk and danced the night away.

HollywoodLifers, who do you think will strike up a romance this season?