This is not cool at all. Chris Blinston, a tattoo artist who appeared on a season of ‘Ink Masters,’ was arrested after his 13-year-old daughter accused him of nearly choking her to death!

Chris Blinston was arrested after his daughter, 13, reportedly told her therapist that he allegedly strangled her twice during an Aug. 29 custody visit, according to a police report obtained by TMZ. The two got in to an argument during the visit, and Chris allegedly grabbed his girl by the neck and “squeezed off her airway” to the point were she was unable to breathe for 10 seconds. “You just choked me,” she reportedly said after he let go. “After everything that’s gone on the past two days, you’re choking me.”

Supposedly, that only made Chris get even more furious, and he allegedly strangled her for a second time. During this second alleged choking, Chris grabbed her for six to seven seconds. The Ink Master contestant also reportedly called his girl disgusting names, like “mental skank.” After this alleged choking, Chris reportedly threatened that if she told anyone about it, there would be “hell to pay.” Well, after Chris’s daughter told her therapists, the cops were called. The police reportedly noticed that there were marks on the 13-year-old girl’s neck that would be consistent with strangulation, leading the cops to arrest Chris on charges of felony domestic battery by strangulation. He was released from jail on Sept. 1 after posting a $6,000 bond.

Chris competed in the sixth season of Ink Master, making it all the way to the finals (before ultimately losing to Dave Kruseman.) The Coral Springs, Florida native began his tattoo career while serving in the Marine Corps, according to Spike TV. He would get his first job at a tattoo shop a year after serving his company. 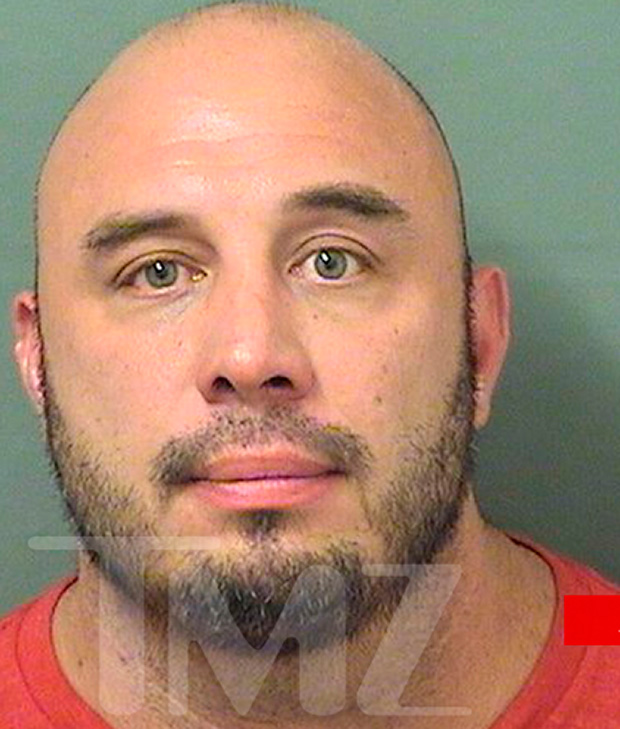 After three years of apprenticing, he opened his own studio, which saw him find success within the tattoo world. He is the owner and artist of No Hard Feelings tattoo, and his Instagram demonstrates how he has a skill for accurate portraits and an undeniable talent at black and white tattoos. Sadly, this stain of alleged child abuse may be harder to remove than any extensive back piece

What do you think about Chris being arrested for allegedly choking his 13-year-old daughter, HollywoodLifers? Are you shocked? Are you surprised? Were you rooting for him in Ink Master?