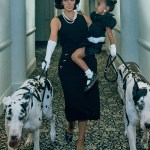 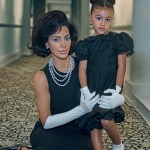 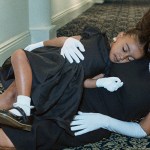 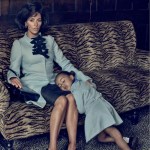 Fans are outraged with Kim Kardashian’s cover of ‘Interview’ magazine, as they claim her skin color was altered to match her interracial daughter North West. See the pics and tell us what you think below.

Has Kim Kardashian West‘s skin color been darkened on the cover of Interview magazine? She appears on the September cover with her daughter and they look identical. Fans sparked disbelief on Twitter soon after the cover was released on August 28. YouTuber @SteveMcGrew wrote, “Has she been in the tanning bed too long?” @Meherxts wrote, “Why did we need Kim K to match her daughters skin complexion? She’s your daughter, we know this. We can celebrate diversity.” Kim was accused of darkening her skin color for her Kim Kardashian West beauty line not too long ago — did she not learn her lesson?

Indeed, Kim spoke about racism in the article. She told the magazine, “I’m very conscious of [raising a mixed daughter],” Kim said. “Kanye always has his family around and people who look like my daughter — that’s important to me. She’s obsessed with her curly hair, and if she finds someone who has the same hair, she runs to them and is like, ‘You have curly hair like me?’ And we get to talk about it. We also talk about it with my niece Penelope, because she and North look really different, but they’re best friends and they’re together all the time.”

just a months ago @KimKardashian was accused of darkening her skin tone for @kkwbeauty & she said that she learned a lesson... @InterviewMag pic.twitter.com/OPaIU1UrpM

Kim continued: “We want to raise our kids to be really aware. I think that’s all you can do. The more you talk about things and keep them out in the open, the more they won’t be taboo. Kids are already so open. They say anything. So if you educate them, they feel like they have this knowledge and then they feel empowered.” Kim clearly has a spray tan in this photo shoot, and the photos are a bit grainy on purpose. But tell us what you think. 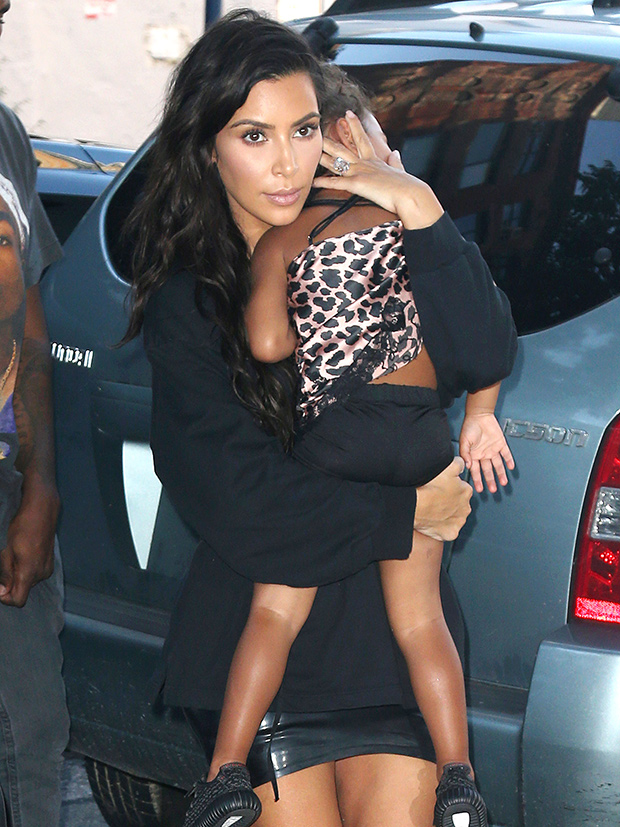 HollywoodLifers, do you think Kim Kardashian’s dark skin color was altered for Interview magazine? We reached out to the magazine for comment.