The MTV Video Music Awards were all about Cardi B. The 24-year-old “Bodak Yellow” rapper performed her hit during the pre-show and totally slayed it, then she became the talk of Twitter for making a hilarious face during Ed Sheeran’s performance. However, she had EVERYBODY talking when her boob came thisclose to popping out of her off-the-shoulder pink dress while talking about Colin Kaepernick! But was she mortified by the near-wardrobe malfunction? Click here for pics of Cardi B.

“Is Cardi embarrassed about her wardrobe malfunction? Hell to the no!” an insider close to the rapper told HollywoodLife.com EXCLUSIVELY. “She got those amazing boobs for a reason, and that’s to show them off! Plus, she loves the attention more than anything! Cardi is far from the shy type, she loves to flash her God given goods at any opportunity she can, her body is awesome right now, she’s worked and worked to get that hard body and she’s really proud of it.” Yes girl, you do you!

“Cardi B had no problem at all with her wardrobe malfunction at the VMAs,” another source explained. “She is very comfortable with her boobs, nipples and body. She thought it was funny that her nipple wanted to slip out.” As a matter of fact, she was considering letting it go a bit further, but she held back for the younger viewers. “Normally, she would let it come out too but she knew it was not cool for live TV. Cardi laughed about it after the show and thought her boob falling out of her top was a sexy look.” Slay! 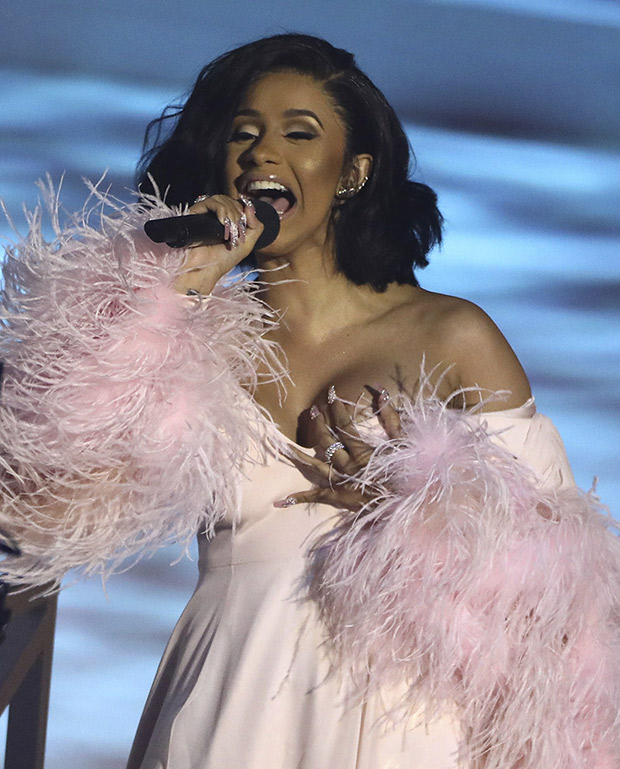 HollywoodLifers, do you think that Cardi’s near-snip-slip was hilarious or a problem? Let us know!

Related: Harry Brant: 5 Things To Know About Stephanie Seymour’s Son, 24, Who Died Of A Drug Overdose