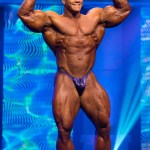 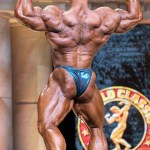 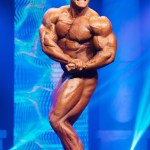 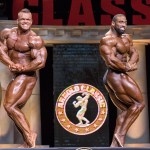 Dallas McCarver died on Aug. 22 at just 26 years old after he choked on food at his home in Florida, according to a shocking report. Here’s everything you need to know about him.

Dallas McCarver, the bodybuilder who reportedly died after choking on food just after midnight on Aug. 22 (per TMZ), will be remembered by his loved ones and fans. Below, we’ve rounded up five things to know about the late superstar.

1. His nickname was “Big Country.” The athlete was massive in stature, so it’s no wonder he was known by that moniker. His official Instagram name and bio actually reads Dallas “Big Country” McCarver.

2. Dallas has a huge following. With 474k followers on Instagram and 79k “likes” on Facebook, fans look forward to his workout videos, selfies and personal diaries.

3. WWE star Dana Brooke is his girlfriend. The RAW Superstar spoke to TMZ after Dallas’ death, telling the outlet that when they spoke on the phone, his last words to her were, “I love you. Goodbye.” She also posted an Instagram of them, calling her boyfriend “one of the most genuine people [she has] ever met,” less than 24 hours before he reportedly choked to death. So heartbreaking.

4. Dallas became famous at around 21 years old. He was relatively unknown until 2012, when he took the Super Heavyweight class and the Overall for his Pro card at the 2012 NPC North Americans bodybuilding competition.

5. He collapsed onstage at the 2017 Arnold Classic Australia. Dallas apparently had an upper respiratory infection that became a “bad case of bronchitis” in March, leading to his collapse. He then promised fans that he was “ok” and had his health under control.

Our hearts go out to Dallas’ loved ones during this difficult time.

💪🏼Still got some time left to post #mcm --someone who Day in and day out is helping and giving so much to so many people !@dallasmccarver is one of the most genuine people I have ever met

HollywoodLifers, you can leave your thoughts for Dallas’ friends and family in the comments.