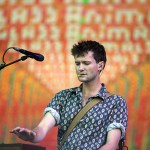 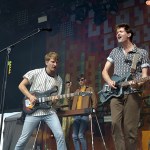 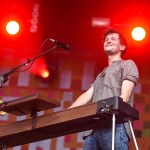 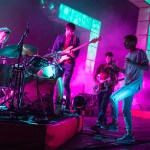 Indie-rock icon Dave Bayley almost threw up while filming ‘Agnes,’ which takes place inside a centrifuge machine, but he fortunately survived and was game to talk about the experience.

This conversation with Dave Bayley of Glass Animals has been edited and condensed for clarity. You can stream their sophomore album How to Be a Human Being here, and scroll for their fall tour dates.

How to Be a Human Being is one of my favorite albums ever and your live show is one of the best! (Not a question.)

The “Agnes” video is so epic — really cool concept and of course I love that we finally get to see you. What inspired it? Why put yourself in the video this time? Did you throw up in the centrifuge machine?

If I was ever going to feature in a video it was going to be this one. It’s the most personal song I’ve written and there has always been a blurred line between the narrator and myself, and even the character and myself. For instance, the artwork for the single is someone in my clothes in my bedroom, surrounded by my music collection and my books and other bits. I knew I wanted to put myself through something that simulated the life of Agnes as much as possible; that simulated the feeling of depression and hopelessness and ultimately simulated death.

Eoin Glaister [the director] and I sat down and started brainstorming ways we could do this. Eventually Eoin brought up the human centrifuge. I did some reading about it and it fit perfectly. What the machine does to you physically, visually, and mentally…and then it makes you pass out. We actually cut that bit from the video because it was a little too much.
I did nearly thow up! Very close, but didn’t quite do it.

Did the pineapples become a symbol of your band by accident after “Pork Soda,” when you performed on The Late Late Show with James Corden surrounded by them, or was it planned all along? What do they REALLY mean?

It started well before “Pork Soda,” actually! I wanted there to be a pineapple in every piece of artwork for the first record [ZABA.] You can see them if you look closely. Someone noticed this and brought a pineapple to a show and handed it to me while we were on stage. I stuck it on my guitar amp, and since then, people have brought dozens each night. It’s a bit out of control. [Ed. note: a festival in England has banned the fruit ahead of the band’s set.] We thought we’d try making a giant disco ball pineapple for the stage so no one had to bring any anymore. But that didn’t work at all!

We’ve actually hidden a watermelon in every piece of art for the new album, but they didn’t catch on like the pineapple. Anyway, they don’t mean much….I just like them. They’re so delicious.

Will there be videos for “Mama’s Gun,” “Poplar Street,” “Other Side of Paradise,” etc?

We are working on more things for the other songs! Not necessarily videos, but things that will give people a deeper view into the lives of the characters if they wish to look into it.

What’s something you’ve been passionate about lately?

What’s the weirdest or most unique venue you’ve ever played a show at?

We played in the middle of a swimming pool once on a floating stage. Not safe. We also turned up in a tour bus to a venue in Salt Lake City that ended up being some guy’s garage. He’d sold 400 tickets. No one could fit in, and there was no stage, one working speaker, and of course no alcohol license, so he sold water for one dollar. It was bloody amazing, though.

Red Rocks [outdoor amphitheater in Colorado] was also incredible. We have one song where I say the word “thunder,” and when I said it, it actually thundered! I felt like Mother Nature. Then it started raining SO hard and the venue flooded. Instead of panicking, people took their clothes off and we all just partied in the rain.

Do you have a favorite Glass Animals joke or meme? This is mine: 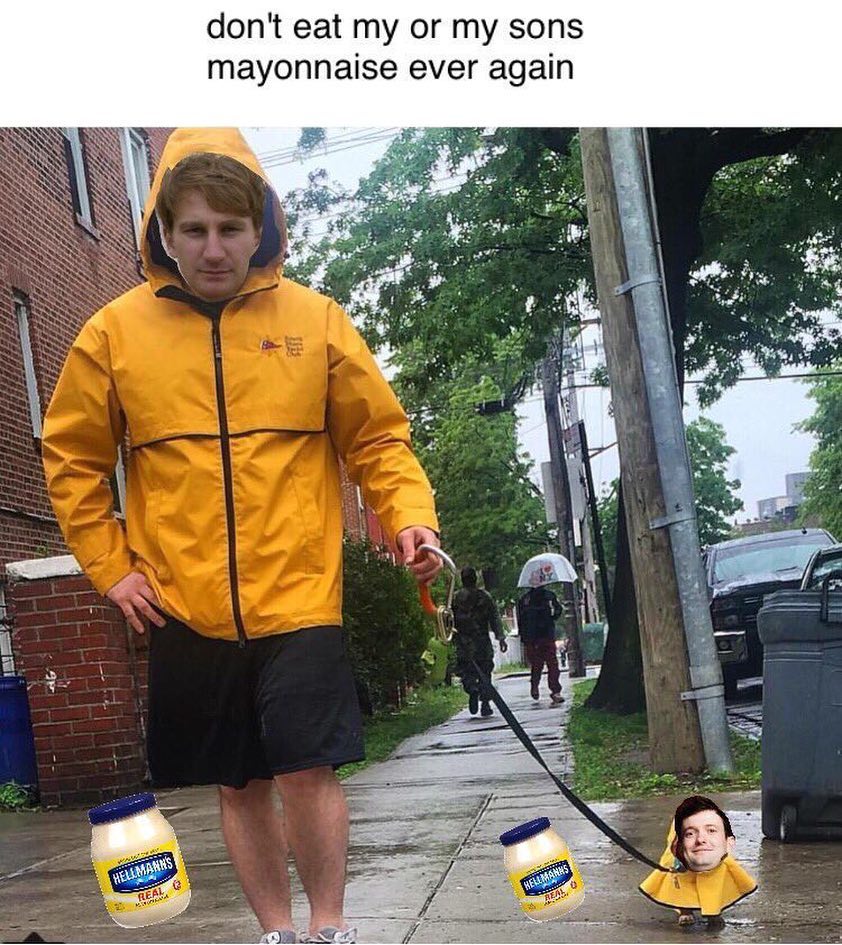 Haha, I like that one. The whole of the “Glass Animals Reacts” Twitter is very funny. Here’s another glassanimeme. Also, there’s a video circulating of Drew [MacFarlane] playing keyboards that is the best thing on Earth.

Anything else in the pipeline?