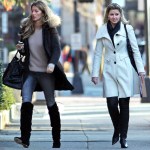 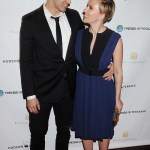 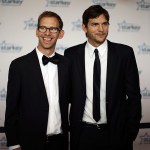 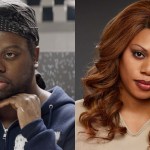 Everywhere we look we’re seeing double — from Beyonce and Jay-Z’s twins to the ‘World of Dance’ winners. But some sets are only famous on one side, and you would never suspect which stars have a twin!

You know famous twins Mary Kate and Ashley Olsen; Cole and Dylan Sprouse; Tia and Tamera Mowry; and, of course, Rumi and Sir Carter — but did you know that Ashton Kutcher is a double? For every set of famous celebrity twins you love, there is a celeb who has a twin you didn’t know about! Though some of these stars’ twins are average Joes compared to their siblings, others actually have some pretty cool traits themselves! Check out 7 stars who you didn’t know had an identical or fraternal copy in the gallery above!

1. Gisele Bundchen — Gisele, 37, is one of the most gorgeous women on the planet, and she shares a little of that amazing DNA with her fraternal twin sister Patricia! While the equally beautiful Brazilian isn’t as famous as her sis, she dabbled in modeling a bit too before becoming her twin’s manager!

2. Ashton Kutcher — The 39-year-old actor, tech mogul and hubby of Mila Kunis has a fraternal brother named Michael, whose struggle with Cerebral Palsy lead to Ashton beginning a career in modeling — he was looking to help with his brother’s medical bills (Aw!). The two are obviously very tight.

3. Aaron Carter — Everyone and their mother knows that Aaron, 29, is little brother to Backstreet Boys star Nick, 37 — but not everyone knows Aaron has a twin sister! While Angel Carter is lesser known than her brothers, she is an aspiring singer herself. Guess rhythm runs in the family!

4. Scarlett Johansson — ScarJo, 32, is a total knockout, so the second you find out she has a twin brother you are gonna wonder if he’s hot. The answer: yes. Hunter has done a little acting, appearing in Manny & Lo with his sis, though he spends most his time working with charities and helping with political campaigns — when he’s not being his sis date on the red carpet that is!

5. Vin Diesel — The 50-year-old Fast and the Furious star has a special place in his heart for his fraternal twin bro Paul Vincent, but not just because they shared a womb. Vin once posted a pic of his brother and his late co-star and dear friend Paul Walker and captioned it, “The Two Pauls.” Vin thinks that it’s definitely not a coincidence his bro and the amazing actor looked alike and shared the same name!

6. Nicholas Brendon — Even some Buffy the Vampire Slayer fans don’t know this bit of trivia about Xander. Nicholas, 46, the actor who played Buffy’s best buddy, has an identical twin brother named Kelly Donovan! Kelly even appeared on two episodes of Buffy, one in which he played Xander’s doppelganger (“The Replacement”) and another where he actually filled in for Nicholas when he was sick (“Intervention”)!

7.  Laverne Cox — Laverne, 45, is another star whose twin came in handy during filming! The famous transgender actress’ twin brother, M Lamar, portrayed her transgender character, Sophia, in a flashback on Orange is the New Black. M Lamar played Marcus, Laverne’s character before she had transitioned.

8. Alanis Morissette — Isn’t this ironic? Don’t ya think? Famous musician Alanis, 43, has a twin brother named Wade, who sounds just as chill as she is. Wade is a yoga instructor, therapist and author. Wade also has some musical talent (duh!) and has composed some indie rock albums that have yoga influences.

9. Jon Heder — What’s better than one Napoleon Dynamite? Two! Jon, 39, has a twin brother and the idea of Jon and his identical twin brother Dan BOTH doing the epic dance scene from the cult classic already has us in stitches. Though Jon is the only actor in the pair, Dan works in showbiz too, as an animator.

HollywoodLifers, which celeb with a secret twin surprised you the most? Let us know below!