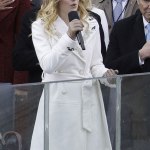 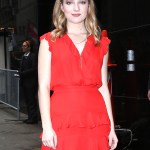 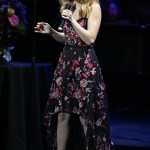 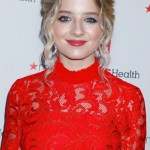 The Evancho sisters have strong messages for the world — and their new show on TLC will detail each one of them.

Jackie Evancho, 17, first made headlines when she came in second place on America’s Got Talent in 2010. From there, her career has grown tremendously and her voice landed her a post singing the national anthem at Donald Trump‘s inauguration. Naturally, she received a ton of backlash for agreeing to support him — especially when her sister, Juliet, 19, is transgender. Now, the world will be able to stop making assumptions about their family — we’ll get an inside look in Growing Up Evancho, a TLC special all about their family.

“I hope people people get a legit opinion on our family, instead of people thinking I’m the confused singer. I want them to see that what we do, we have calculated decisions. It’s not just on a whim,” Jackie told HollywoodLife.com exclusively ahead of the show’s premiere. “I;m not confused with what I do. I’m very calculated and I get advice from really smart people in my life.”

One of those things was of course, the inauguration — but that’s not something Jackie regrets, or something Juliet was ever upset about. “I supported Jackie fully in every decision she made in that. I was off in Philadelphia for surgeries to finish my transition, so I was there in spirit for sure, and Jackie was there for me,” Juliet said.

While they also revealed Trump will not return their calls, they would love to discuss the transgender military ban with him. “We would want Trump to realize that transgenders deserve to be treated equally, that we’re human beings. It’s a human rights issue,” Juliet said.

However, the show won’t only be about the backlash — it’ll also be about their families, and their personal lives. Jackie has been in a relationship for five months while Juliet and her boyfriend are about to celebrate two years together. “They interviewed my boyfriend so you get to see and hear about his views on our relationship and how me being transgender and in the limelight has affected him in big ways,” Juliet revealed. “He lost all of his friends that were around us. It’s been pretty hard on him. It ties into that, too.” However, she found it was very important for him to be on the show so it could show something that’s another facet of the transgender community — the relationships.

Growing Up Evancho premieres August 9 at 10PM ET on TLC. HollywoodLifers, will you tune in?