Oh no! LeBron James’ alleged stepfather is lashing out again! He’s attacked King James in a brutal rant! Warning: this gets ugly!

This guy just won’t stop swinging! Yet again, LeBron James‘ alleged stepfather, a rapper by the name of Da Real Lambo, is taking to Instagram to lash out! His world-famous alleged stepson is usually his target but lately he’s been getting other celebs involved. In a previous post, he told Tristan Thompson, 26, to keep Khloe Kardashian, 33, away from LeBron! So random! Now, he’s once again decided to unleash his anger at the NBA champ in an extremely nasty clip! Take a look back at the Cavaliers star and his family right here!

“F**k LeBron! You either rocking with team Lambo or y’all f**king with that sucka a** n***a, LeBron!” Lambo rants. “That n***a ain’t got no swag, man! That n***a LeBron came to Miami and I gave him heart and swag! That n***a LeBron want to be like Lambo!” Yikes! The rapper’s anger reportedly stemmed from LeBron cutting him off and convincing his mother Gloria to leave him.
Lambo went on to claim that LeBron’s family members are borrowing money from him and not the famous athlete. “You still got your uncles and them still in the hood, they borrow money from Lambo! Y’all about to make me start bragging. All y’all LeBron fans, y’all on my d**k because LeBron’s on my d**k! That f**k n***a LeBron wish he was Lambo! He wish he was a man like Lambo.” Later, he actually asks daytime talk show host Wendy Williams, 53, to have him on her show where he says he’ll dish the dirt on the Cleveland baller! “Wendy Williams, what’s up, baby! I’m coming. I’m coming to let you know about that f**k boy! I know y’all gonna want to hear this info!” We’re betting this isn’t the last we hear from Lambo. 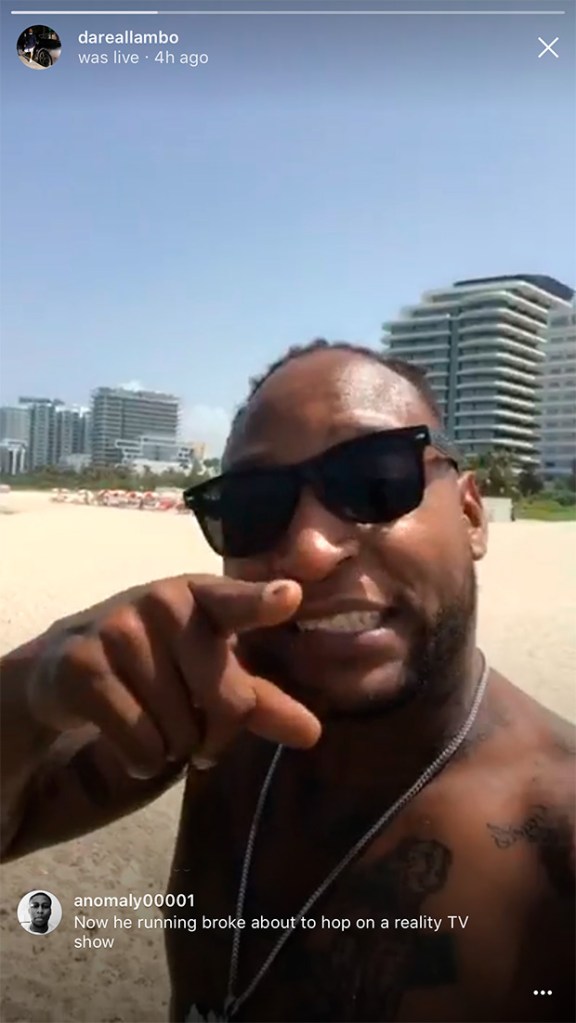 HollywoodLifers, are you hoping Lambo keeps talking? Let us know!