Please not another Fappening! Kylie Jenner’s Snapchat account, which may include racy content, was hacked on July 23. Now the perpetrator is threatening to release nude pictures!

What a disgusting invasion of privacy! Kylie Jenner‘s Snapchat account was hacked by an unknown source on July 23. When fans opened the app expecting to see her usual lipkit posts or beautiful selfies, they were outraged to see that someone was threatening to release “nude” pictures of the reality star. The Snap stories read, “Follow for Kylie lipstick,” “RT for her nudes,” and “add for Kylie’s nudes.” The 19-year old makeup maven hasn’t publicly commented on the the issue yet but we bet her team is scrambling to find the perpetrator before they cause any damage.

The possible release of her nudes may be an empty threat, but Kylie actually has a fair share of “intimate videos” in her collection. It’s the one thing that’s continuously come back to haunt her ever since dumping Tyga. The former couple were “obsessed with filming each other when they dated,” a source tells HollywoodLife.com EXCLUSIVELY. “There was barely a moment of their lives that they didn’t capture on their phones, some of which was extremely intimate.”

Making matters worse, the “Rack City” rapper put their intimate videos on blast in one of his songs. “Reaching for my phone/Let me record that ass/Let me record that ass/If the sh*t leak don’t be mad” — those are the lyrics to his latest track “Run It Back.” With such a public declaration the hacker might have wanted to find that footage and release it. Hopefully this doesn’t turn into another Fappening. Stars like Ariana Grande, Jennifer Lawrence, Emma Watson, and more were all affected by the infamous 2014 iPhone hacking. It struck for the second time in 2017, this time targeting male celebs. 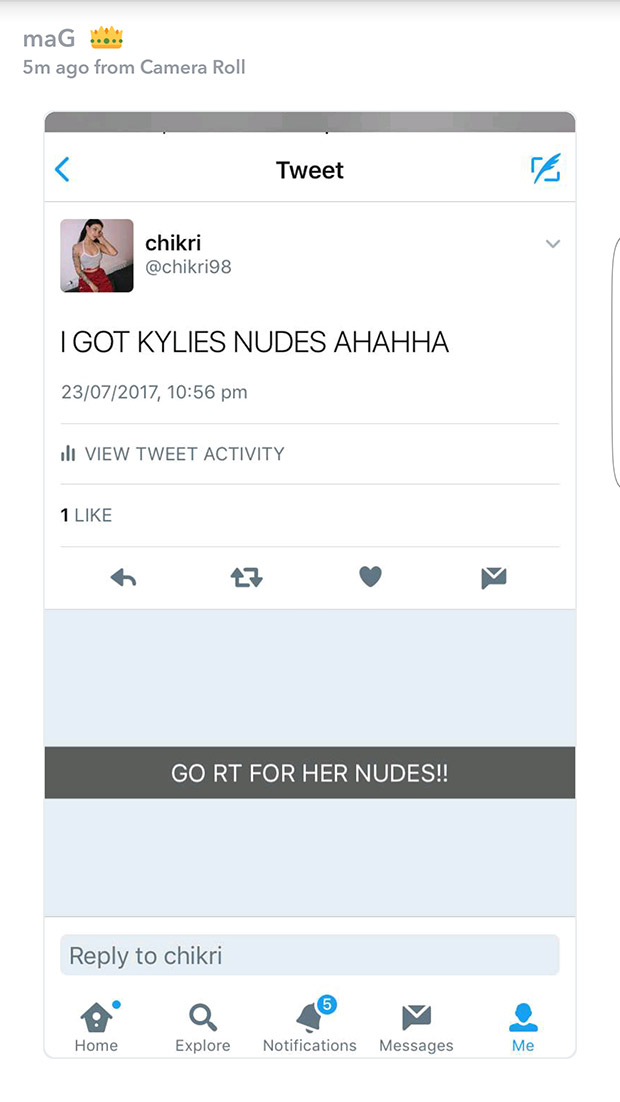 HollywoodLifers, do you think the hacker will release Kylie’s nude photos?