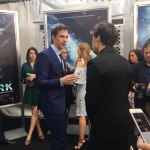 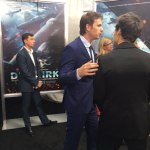 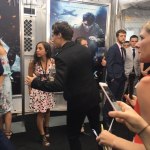 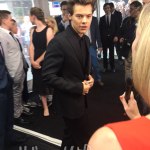 Harry Styles revealed in an interview that he already has a name picked out for a future girl. The lucky kid is going to be named after someone he cares about a lot: a One Direction bandmate! Who gets the honor?

Surely some girls in Generation Z and the younger Millennials are going to name their sons after the guys from One Direction. That’s a given, right? Harry Styles, 23, has that same idea. Except, he’s reserving a 1D-worthy name for his future daughter! Harry told Ryan Seacrest that he’d absolutely name on of his kids after Niall Horan, 23 — especially a daughter. Cute!

Harry was definitely joking; he’s single at the moment, living life and working hard on his solo career. He’s not thinking about babies at the moment. But he told Ryan that he’d totally have kiddos one day. “When I’m in that place I’d say definitely, yes,” he said. “I think she’d be adorable. She would be just an absolute heartbreaker.”

So good! There’s nothing that says his daughter couldn’t have a traditionally male name. Ryan Reynolds and Blake Lively named their daughter James! And kids have gender neutral names all the time: Taylor, Alex, Jamie — just to name a few. What about a daughter named Zayn, Liam, or Louis? She’d be named after three of the biggest heartbreakers around! We love that he went gender-neutral with describing his daughter as a “heartbreaker” after Ryan said she’d be a “boy-killer”.

Harry’s having the time of his life right now. The newly-minted solo artist is also starring in his first film, and he bagged a big one. Harry plays a soldier in the new Christopher Nolan WWII epic, Dunkirk. He’s getting rave reviews for his acting, and it’s not just from fangirls! He’s truly impressed people in the film industry. Hopefully, we get to see more of him soon!

HollywoodLifers, do you think Harry should name his future daughter after Niall? Let us know!