Steph Curry looks like he’s trying to grow out some dreadlocks! Are you into his new sexy off-season hair?

Steph Curry has got his off season hair going and we’re into it! The Golden State Warriors champ has been sporting a new look and it seemed like he’s trying to grow some dreadlocks. You could see the start of it when Steph stepped out on the 2017 ESPYs red carpet. He looked as hot as ever in an all-black suit. His wife Ayesha obviously thought her man was on fire. “Steph and Ayesha looked madly in love at the ESPYs,” an eyewitness revealed to HollywoodLife.com.

“They were kissing and holding hands on the red carpet as everyone watched,” the insider told us. “It was incredibly hot out there but they couldn’t have cared less. They had each other and that seemed to be enough.” Ayesha was totally drop-dead gorgeous too! She rocked it out in a glittering black jumpsuit and had her hair in soft waves. These two have been on a whirlwind few of weeks after Steph’s epic win against the Cleveland Cavaliers. Steph, 29, and Ayesha celebrated with an incredibly romantic tropical vacation. She even got new braids that were reportedly $50k just for the occasion! Maybe Steph got the idea to change his hairstyle from his lady?

The pair kept the party rolling when they went to Sam Serpe and Kent Bazemore‘s wedding on Saturday, July 8. Steph couldn’t have look more handsome in a dark blue tux. Ayesha, 28 totally stunned in a strapless red and white gown. She shared the most adorable Instagram of herself giving Steph a peck on the cheek at the Biltmore Estate in Asheville, North Carolina. Ayesha sweetly captioned the pic, “My date for the evening!” 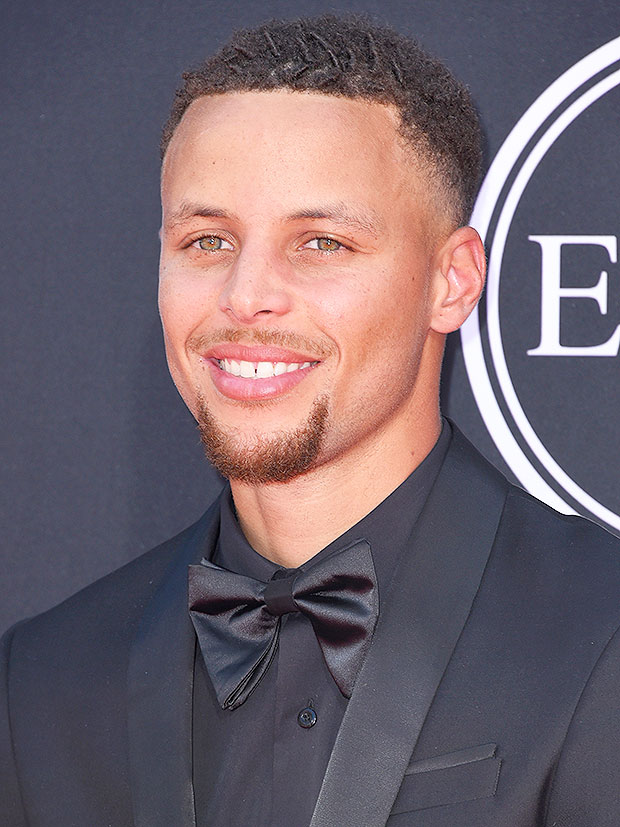 HollywoodLifers, what do you think of Steph’s new look? Is it your favorite yet?