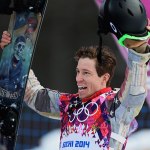 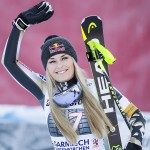 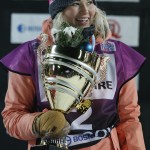 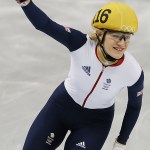 Nastia Liukin has always been an athlete — and for 22 years, that’s all she knew. HollywoodLife.com caught up with the Olympian recently who revealed that she actually was body shamed after she finished her Olympic run!

In 2016, Nastia Liukin graduated from New York University, an accomplishment she wanted for some time. After training for 22 years non-stop, her body obviously changed. “As an athlete, you’re so in shape your whole life, you don’t have to think about working out because thats what you do,” the athlete, 27, told HollywoodLife.com exclusively. So, when she began college after retiring from the gymnastics in 2012, her body changed — obviously.

“I gained like 25 pounds, and my body had no idea what was going on. I stopped [working out] cold turkey,” she explained. “That was really hard. I had just moved to New York, I didn’t know anybody, and I just started going to school. My mind was crazy, my body was crazy, so I started doing all different types of work outs. I never lifted a weight in my entire life — training was just your body weight.” It took a while for Nastia to get her body in control, but she admits now it was “really challenging,” and that her self confidence was so low with not only her body changing, but also her entire life.

“Now I’m fit and in shape, but I struggled with the same thing that everybody else did — my skin was bad, my weight was changing, I hated the way I looked in any clothes,” she revealed. “A lot of people never realized that because I never really talked about it. It’s hard to talk about stuff like that when you’re not happy or confident. It’s easy to talk about things if you’ve never been through it… I try not to look at the comments, but it’s hard not to. Now that I don’t have the muscle that I had when I was competing at the Olympics, I’m ‘too skinny.’ Whichever way the comments go, it’s hard to take. We all have a heart and a soul; I try to put up this wall, but it’s so difficult to do that. We’re all the same when it comes down to it.”

For now, Nastia and her fiancé Matt Lombardi are working on inspiring other gymnasts with her app, Grander Sports. “It’s an inspiration platform; right now it’s an exclusive gymnastics community. There are mentors like myself and some of my other teammates, there’s a community feed, you can ask questions, and do videos,” she explained. “We felt that in-person events are very rare and times, expensive. Social media is amazing because you connect with your fans but it’s not really personal. We felt like the gymnastics community was underserved in that sense. My fiancé played hockey; we’ve learned so much throughout our experiences, so we thought why not pass it along? I’ve aways been passionate about helping that next generation of athletes. It’s been really fun to start something new.”