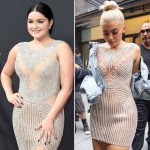 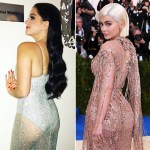 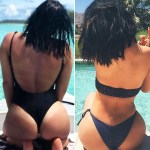 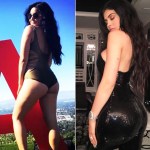 Ariel Winter and Kylie Jenner are both fierce fashionistas, but is that because one is stealing the other’s style? A Kardashian family insider has told HollywoodLife.com EXCLUSIVELY that Ky is not happy at all because she thinks Ariel is totally copying her!

“Kylie [Jenner] is kind of flattered by it, but at the same time she’s a little irritated,” an insider told HollywoodLife.com EXCLUSIVELY of how the 19-year-old lip kit mogul feels about actress Ariel Winter, 19, dressing similarly to her. “She’s very proud of her unique style, and it annoys her that Ariel is constantly stealing her look, Kylie wishes that she would develop her own style instead of copying hers.”

While Kylie may be bothered by the fact she and Ariel definitely have very similar taste in clothes, we know she would NOT be happy with the way Ariel was recently treated on Instagram for showing off her body in some revealing threads that were totally Kylie’s style. Ariel posted a pic on May 20 of herself wearing a crop top and some really cute booty shorts that we just know Kylie would have loved, and was then attacked by trolls who thought she photoshopped the shot — something Kylie has dealt with herself many times.

Luckily, Ariel shares another quality with Kylie — confidence. “This is the real me,” Ariel fired back on Instagram. “I don’t Photoshop my photos. People look different at different angles.” NICE! While Kylie can be “annoyed” that she and Ariel have been caught rocking the same outfit on more than one occasion, we know she would never be upset that they both have such high self-esteem!

HollywoodLifers, what do you think of Ariel and Kylie’s looks? Do you think they are too similar? Who, if anyone, do you think is copying the other? Give us all your thoughts below!