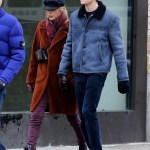 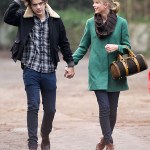 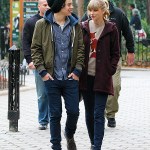 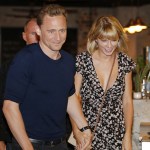 Every girl loves a British accent, and Taylor Swift’s no exception. Her reported new boyfriend Joe Alwyn is a handsome Brit, and he’s far from the first guy she’s dated from across the pond. From Harry Styles to Tom Hiddleston, check out the Brits who’ve stolen Taylor’s heart!

Taylor Swift, 27, has been out of the public eye lately, but she hasn’t just been chilling. She’s reportedly been dating British actor Joe Alwyn, 26, on the down low! Joe, the star of the film Billy Lynn’s Long Halftime Walk, is one hot catch. Good for Taylor (and for him)! The rumored relationship with Joe is just a continuation of Taylor’s infatuation with British guys. Think about it; she’s dated four other dudes who hail from England: Harry Styles, 23, Tom Hiddleston, 36, and Matt Healy, 28! She was also rumored to be dating Toby Hemingway, 33, back in 2010. She’s got a type!

Harry and Taylor’s 2013 relationship is by far one of her most high-profile romances. People were infatuated with the One Direction star and the pop princess falling for each other. And it’s easy to see why they were both smitten. Firstly, just look at them! Taylor and Harry shared a brief, but memorable romance, made even clearer after one of his new solo songs was rumored to be about his ex. Talk about pulling a Taylor! Do you think “Two Ghosts” is about her?

Taylor famously dated Tom in summer 2016, and their relationship was anything but low-key. (sorry not sorry). The dashing star of The Avengers and Thor movies was at Taylor’s side throughout the entire summer, even taking her along with him to Australia, where he was busy filming. Remember when he was wearing that insane “I Heart TS” tank top while at the beach with her friends? Iconic.

Her connection to Matt, from The 1975, is a little more complicated. The two were spotted together multiple times at the end of 2014/beginning of 2015, but it didn’t go too far. They exchanged phone numbers and were close enough to even wear each other’s t-shirts. But alas, he said that seriously dating her would be “emasculating”! Well, then. Then, there’s Toby. The cute actor was Taylor’s love interest in her music video for “Mine”, playing the groom to her bride! How could sparks not fly after pretending to get married?

Now we have to see where things go with Joe! Is it gonna be forever with the British cutie?

HollywoodLifers, why do you think Taylor loves British guys so much? Let us know!