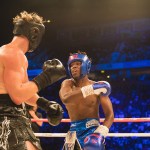 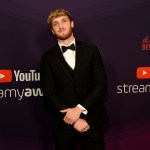 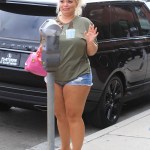 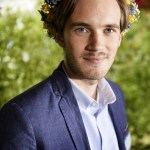 What is OurMine? — That’s the question on a lot of people’s minds, after the group claimed responsibility for YouTube’s ‘biggest hack in history.’ The breach, which affected Lilly Singh, Roman Atwood and more stars, occurred on April 13. Here’s everything to know about OurMine!

On April 13, YouTube stars, Lilly Singh, 28, Roman Atwood, 33, Logan Paul, 22, and Ashley Hardell, 25, and more witnessed their account bios, video titles and descriptions erased and changed by OurMine. Numerous accounts were violated in what is being called the biggest hack in YouTube history. After the hashtag, “OurMine” went viral on Twitter, we knew it was only right to fill you guys in! Check out five key things to know!

1. What exactly is OurMine?

OurMine identifies themselves as a “security group.” It is a type of hacker group that uses the accounts of high profile celebrities and influencers to advertise their brand name and services. Their website currently appears to be under construction, but at one point, [June 2016] it had descriptions of its offerings. “Personal and enterprise security checks, with a $1,000 Paypal price tag for a website scan, and $5,000 for a full company audit,” were some of the services offered by OurMine, according to Wired.

Again, while their website is currently undergoing changes, it’s unclear what exactly their self-proclaimed mission is. However, an anonymous member of the OurMine group told the site that their tech hacks are to teach everyone a helpful lesson. “We don’t need money, but we are selling security services because there is a lot [of] people [who] want to check their security,” the unidentified person told the site. “We are not black hat hackers, we are just a security group…we are just trying to tell people that nobody is safe.”

[Black hat hackers are individuals whose purpose is to break or bypass internet security to create viruses. They are said to be related to crime and espionage.]

3. What else should I know about their most recent hack?

When OurMine hacked the YouTube accounts of Lilly and more individuals on April 13, they changed the description and title of videos to read, “Hey it’s OurMine, don’t worry we’re just checking security. Please contact us for more details.” The group only hacked YouTubers belonging to the network, Studio71.

Yooo so many YouTubers are being hacked right now y'all best change your passwords PRONTO pic.twitter.com/2u7709CnEp

4. Who else have they hacked?

2017 — OurMine hacked into the YouTube network Omnia Media, where they obtained access to multiple channels. The group was said to have changed the descriptions of videos of over 300 popular YouTube accounts.

5. Does OurMine have any social media?

The group does not have any social media accounts that are verified. In fact, the group remains top secret and anonymous with any commentary made about their hacks.

HollywoodLifers, did you know about OurMine before their most recent YouTube hack?