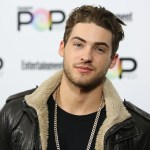 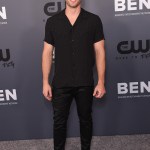 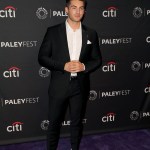 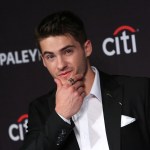 Cody Christian is one of the most talented rising stars in Hollywood. HollywoodLife.com talked EXCLUSIVELY with the ‘Teen Wolf’ star about his role in the upcoming ‘Assassination Nation,’ the movie everyone is going to be talking about.

Assassination Nation follows four teenage girls who become the center of unwanted media attention after their personal information is leaked by an anonymous hacker. In addition to Cody Christian, 21, the movie also stars Suki Waterhouse, 25, Bella Thorne, 19, Bill Skarsgard, 26, Maude Apatow, 19, Hari Nef, 24, Odessa Young, Abra, and more. The movie does not have a release date yet, but HollywoodLife.com got the scoop straight from Cody.

You are quite the busy guy. From Teen Wolf to Assassination Nation, you’re juggling a lot. How are you handling it all?
I’m just rolling with the punches. I’ve been doing this for a while. I think a lot of people underestimate the time I have invested into this. I’ve been doing this and pursuing this career for over half my life. I’m very conditioned to thrive better when my schedule is hectic. I love having a schedule that is go, go, go and what’s next. I hate having too much free time. A 3-day weekend is too much for me. It hasn’t been too bad. It’s been really fun bouncing around. Honestly, I’m just trying to book out the rest of my year and just have all these obligations and my schedule full. That’s what I prefer. When you love what you do, you’re never truly working. Everything else surrounding it, the parts of my life and the parts of my career requires me to be patient, that’s the work.

Tell me about Assassination Nation. It stars one of best young casts I’ve ever seen.
I was actually kind of blown away, too. When we first went into production, you know, usually the chemistry amongst the cast comes I’d say halfway through a project. Very rarely do you expect it to just take life in the first couple of days of production, but that’s kind of how this was. We did the table read and kind of did a read-through and took some notes, looked through the script, everybody got together, it’s kind of remarkable how almost immediately after that read-through everyone was just clicking on a different level. Everybody was tight, the chemistry was there, everyone was excited to be a part of this project. Everyone was excited to tell this story. As far as the cast and crew goes, we have some amazing people working with. The director, Sam, I fucking love the dude. He’s a genius. Artistically, he’s leaps and bounds ahead of most. We have a DP named Marcell [Rev] who every shot I see this man set up honestly flabbergasted. I’ve seen him do shots in a way I’ve never seen before in cinema. I think the cinematography in this film is really going to be something special. On top of all that, we have an amazing script and an awesome story. I don’t know how much I can speak on about the story but I just think that the story itself is such a reflection of our current time, our current state. Our generation is media-driven, social media-crazed, interconnected but so distant generation. It’s a reflection of that and also a reflection of where this generation could go if things aren’t reprimanded in a way, or mended in a way and put on a better path. It’s a super dope film and I’m very excited to be a part of it.

What can you say about your character?
I play a character named Johnny. Johnny is the quarterback. He’s that guy at school. I think everybody knows who this guy is. I don’t want to speak too much about him because he’s a pivotal part of the story. He sets the tone in a way and reinforces the tone. He’s an exemplification of a big driving force within the plot. It’s Johnny, baby. It’s Johnny.

Assassination Nation is all about the impact of media attention — wanted or not. Was it weird for you to dive into a role that somewhat mirrors your life? I feel like people, especially celebrities, struggle with how much to reveal on social media. Some are very open while some choose privacy…
Everyone handles it differently. The more open approach is very admirable. If that’s what you can do and that’s what it is, great. For me, I have a different mentality. I think you can control and pick and choose and decide how much to invest amongst the platforms. I think it’s something that can be manageable and controlled, I just think people on one end of the spectrum or the other. There’s no middle ground. It is very important because I feel like we’re in such a generation and in such a society that so many people are being lost in social media and people stop working on themselves and who they are because they’re so concerned about playing towards an audience. This whole idea of playing to an audience, I think it’s just stunting the development of a lot of people mentally. I try to find the balance between that. Everything that I do and everything that I post on social media is 100% me and 100% authentic. That’s what I give to those that support me. But at the same time, I have to make sure I’m not lost in it. I still have to have me. I still have to maintain myself and live my life and truly be in the moment every single day and not be engrossed in the internet stuff that’s happening that really doesn’t exist or matter. Life comes first. I think this project in a way can reinforce that. I think it shows the importance of the essence of humanity, and who we are, and kind of shows that this direction that we’re traveling down and this lack of empathy because we have all of this knowledge, all of this interconnectedness. We have all of this abundance of information. For me, it arises this question of: When is too much information not necessarily beneficial for us? When is it not a good thing? Like, there’s some things that we should know and we shouldn’t have access to. I just think it’s given birth to all these issues and problems in this generation. Hopefully, this film can put things into perspective a little bit and we’ll see things a little differently.

Just from looking at the photos on Instagram, this film seems very edgy and gritty.
It so is. I strongly believe that this might be one of those cult films. It’s an encapsulation of our time. It’s an encapsulation of our current time, our generation, and shit like that and I think it’s really going to be that staple movie that in 10-15 years people are going to go, “Oh, remember Assassination Nation?” What is very humbling and I’m very grateful for with this project, I know that upon its release I’m going to be more excited than I’ve ever been for people to go watch this film. I’m going to be talking about it, I’m seriously so excited and we have such a phenomenal cast. Everybody is showing up. I cannot highly enough of the talent the creatives behind this project. I truly believe it’s going to be something special. If not, so be it. But it will be special for me, and I will carry that with me for the rest of my life.

I mean, a movie or a TV show is always going to be special to someone…
As an artist, if we can just influence that one person. If we have a single affect, no matter how small, if we can inspire and affect one person in the entire world, then we did our job. That’s all that we can do. We show up. We give this art form to somebody and they perceive as they need it.

HollywoodLifers, are you excited to see Assassination Nation? Let us know!