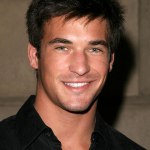 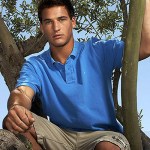 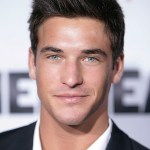 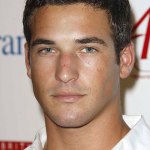 Jennifer Lawrence and late MTV star Clay Adler were good friends when they started out in Hollywood, and his death is hitting her hard. Like all those who knew the 27-year-old, Jennifer’s distraught that he took his own life, a source told us EXCLUSIVELY. It just breaks her heart!

Back when she was a then-unknown aspiring actress, Jennifer Lawrence, now 26, counted outgoing Newport Harbor: The Real Orange County star Clay Adler as a friend. Jennifer and Clay were totally tight, to the point that they even went to the Movieguide Awards together in 2007.

Though he had MTV reality stardom, Clay was also trying to make it in Hollywood as an actor, and the friends had each other to lean on as they tried to achieve the same career goals. It’s unclear how close Jennifer and Clay were currently, but the news of his tragic suicide at 27, revealed on April 11, hit her hard nonetheless.

“Clay brings Jennifer back to her humble beginnings and hearing that he took his own life really has made Jennifer feel heartbroken,” a source told HollywoodLife.com EXCLUSIVELY. “It is really sad because she remembers him fondly and never wants to hear anything like this happen to anyone, especially to someone she once knew very well. It’s a shame and she is really bummed out over it.”

What a tragedy. Clay reportedly went on a shooting trip with friends to the desert in Southern California, and turned the gun on himself on March 25. The Newport Harbor star reportedly died from his self-inflicted gunshot wound in the hospital on March 26. His friends and family celebrated his life with a paddle out at Newport Beach in SoCal on April 8.

MTV released a statement following the news of Clay’s death: “We are saddened by the news of Clay Adler’s passing. Our thoughts and prayers are with his family and friends at this time.”

HollywoodLifers, our thoughts are also with Clay’s loved ones. Send them your well wishes in the comments.