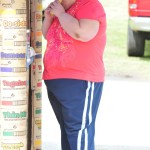 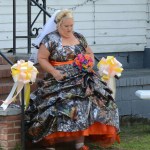 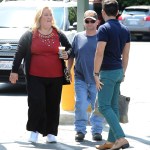 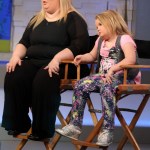 This is so shocking! Mama June revealed in a stunning new interview on April 10 that her ex-husband Sugar Bear is anything but sweet. The slimmed-down reality star claims that he was mentally and physically abusive to her and the kids. See for yourself, here.

Mama June, 37, decided that it’s time to open up about her relationship with ex-husband Mike Thompson AKA Sugar Bear. On April 10 she revealed why she’s so bitter about her ex: he was allegedly abusive to her and her children. “It’s time the world sees him for what he is,” she admitted to Page Six. “Pumpkin [Shannon’s] eye buckle was caused by him… because he got mad.” Oh my gosh!

It doesn’t stop there. There have been confrontations with Sugar Bear as recently as March 2017. “So many emotional and physical scars with the kids,” she said. There was an “incident a couple of months ago when we tried to do the reunion special and it didn’t turn out good. I’m not going to put my kids through that ever again,” she insisted. Wow.

Mama June also revealed that her daughter Alana Thompson AKA Honey Boo Boo “hasn’t had [a relationship with Sugar Bear] in a long time.” “I’m tired of hiding, I’m tired of brushing his ass up underneath the rug,” she said, clearly upset. We’re so shocked to hear how Sugar Bear allegedly treated her and their kids. Mama June has always been very angry at him, even pretending to punch him during her show Mama June: From Not To Hot, but we assumed it was just because he cheated on her. Now it’s even MORE understandable.

HollywoodLifers, do you believe what Mama June is saying about her ex-husband Sugar Bear abusing her and the kids? Let us know!