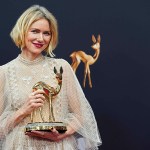 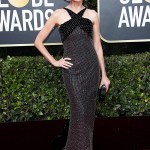 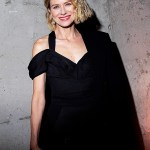 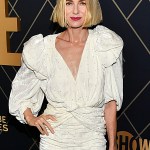 New couple alert?! Naomi Watts and Russell Crowe have been friends for years, but a new report on April 5, claims that the two are taking things to the next level! And, Naomi’s reportedly more than ready to move on from her ex, Liev Schreiber! Get the exciting details!

Naomi Watts, 48, and Russell Crowe, 52, have reportedly been video chatting and spending time together whenever he’s in New York, according to Ok! Magazine, April 5, who claimed that their relationship is “blossoming!”

Although Russell comes off as a tough-guy on the exterior, the mag claims that he’s quite the “teddy bear,” who’s “a great listener and surprisingly funny.” In fact, “he’s making Naomi feel a lot better about herself,” a source said. Omg.

Naomi’s been on the market since her Sept. 2016 split with Liev Schreiber, 49. And, when she reportedly took their breakup pretty hard, Russell was allegedly “one of the first” people to reach out to her to see if she was OK. Wow!

Although it’s only been seven months since her split with Liev, Naomi is “ready to start moving on,” the source said. And, things could be heating up fast, because Russell reportedly suggested that he and Naomi should escape to Europe for an exciting getaway! Sounds pretty romantic!

But, the things is — Neither Naomi nor Russell have spoken out about the random romance rumors. And, HollywoodLife.com hasn’t heard any scoop about a potential relationship beyond friendship between these two. So, we’ll have to wait and see if these two are the real deal!

As for their pasts — Naomi and Liev dated for 11 years before calling it quits. They released a joint statement on Sept. 26, 2016 that asked for privacy while they explored the next phase of their relationship.

“Over the past few months we’ve come to the conclusion that the best way forward for us as a family is to separate as a couple,” they told E! News. “It is with great love, respect, and friendship in our hearts that we look forward to raising our children together and exploring this new phase of our relationship.”

Naomi and Liev never married, but they shared two children together, Alexander “Sasha”, 9, and Samuel, 8.

In Nov. 2016, Russell — who usually keeps his private life very private — was reported to be dating Terri Irwin, 52. Then, just one month later [Dec. 2016, the two had allegedly split. However, the mag reports that the Aussie is single.

HollywoodLifers, do you think Naomi and Russell are seriously dating?