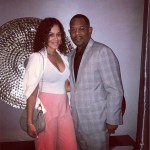 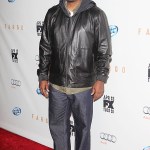 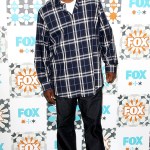 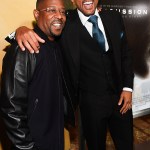 Congratulations are in order for Marty, Mar! After getting down on one knee to pop the question, Martin Lawrence is now officially engaged to Roberta Moradfar. You’ve got to see the jaw-dropping $500,000 sparkler he bought for his fiancée!

Martin Lawrence, 51, will be walking down the aisle again! The stand-up comedian and actor asked his longtime girlfriend Roberta Moradfar to marry him, and dropped half a million dollars on her dazzling diamond ring, according to TMZ. He even put in extra effort to impress his leading lady, working for months with Iconic Jewels Beverly Hills to create the custom 5 carat emerald cut engagement ring. Martin also added another carat for the band, which has their initials spelled out in diamonds and a heart in between the letters. Way to go the extra mile for the woman you love!

Martin popped the question to Roberta, a nurse practitioner, on March 31, shortly after the ring was delivered to his home. This will be his third marriage, but he’s clearly head over heels about his new fiancée. After he sweetly proposed, Roberta took to Instagram with photos of her diamond ring alongside an announcement. “I said “YES!” ❤️❤️❤️❤️❤️3.31.2017 marks a huge milestone in my life #Fiance #TrueLove #LoveofmyLife #MyForever #FutureWife #M❤️R #ILoveHim #IconicJewels,” she wrote, before receving a flood of congratulatory messages.

Martin was previously married to Shamicka Gibbs from 2010 to 2012, and they share two daughters, Iyanna and Amara Trinity. Prior to that, he tied the knot to Patricia Southall, and they were together from 1995 to 1997, and have a daughter named Jasmine Page Lawrence.

Martin most recently appeared in the 2014 comedy Partners with Kelsey Grammer and he’s widely recognized for Bad Boys, his stand-up sets and his show Martin. Now that he’s getting ready to marry again, we won’t be surprised if he’s got a new pep to his step! Congratulations!

HollywoodLifers, are YOU elated to hear that Martin popped the question? Tell us!