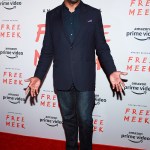 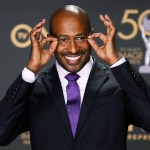 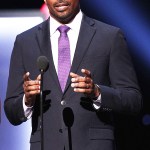 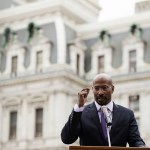 CNN contributor Van Jones isn’t a man to mince words. After Donald Trump flabbergasted the country when he was elected president, Jones called his win a ‘whitelash.’ So, what does he think now, after Trump’s first 60 days in office? HollywoodLife.com got answers in an EXCLUSIVE interview.

1) You’ve already called Donald Trump an unpolished turd and appallingly unpatriotic. How do you feel about him since you said those things?

Van Jones: He’s managed to find a way to go further down the elevator shaft and we’re still in the first quarter of the first year of his presidency. He’s worse than the most panicked liberal thought on the morning of Nov. 9. We didn’t have big enough imaginations to foresee the nightmare scenarios that we would wake up to every day.

2) What are your gravest fears now about a Donald Trump presidency?

3) You believe that Donald Trump’s policies will kill kids. Why is that?

Van: Donald Trump is a threat to all of our children. He is a catastrophe for all species. For a long time, the conversation about the effects of climate change was about things like polar bears. But, what Trump’s about to do is will kill a bunch of American children. He will introduce poison into water sources and pollution into the air by getting rid of environmental regulations. Pollution will go into the lungs of our children. He’s writing regulations to supposedly create jobs, but how many kids per job are you willing to kill? And children won’t just be poisoned — they’ll be hurt by dangerous, unregulated products.

4) You’ve spent a lot of time talking to and going into the homes of Trump supporters for your CNN Special, The Messy Truth. Why do they love him so much?

Van: Many Trump supporters are good, hardworking and patriotic Americans who never signed on to all of Trump’s nonsense. They may have made a bet that they would lose their Obamacare but that it was worth it because they might still get a better job under Trump. They were willing to take that chance. There were voters who had gone for Obama in the previous elections but they jumped the fence to Trump because of economic anxiety. They felt that the Democratic coalition didn’t include a place for white working class voters, especially men. The Democrats didn’t have enough of a message about creating new jobs for them. Yes, there was sexism against Hillary, but it was more about cultural anxiety. The election was a referendum on snobbism and elitism in the Democratic party and they didn’t feel included there anymore.

5) Do you think Donald Trump will last as President for a full four years?

Van: He may last eight years. He could have zero percent liberal support and could still potentially win the White House. GOP voters still approve of him. The economy globally is finally on the uptick and the US economy is picking up steam. If red state voters have a flickering of hope in their communities, then they may be willing to stick with him. He’ll say, “Give me another chance!” and they may.

FYI- HollywoodLife.com spoke to Van Jones at the EMA Impact Summit in LA on March 22. EMA Impact is a green environment advocacy group that calls “inspires solutions for the environment through our impact in media and pop culture.”Van Jones has been active for years in promoting clean energy jobs, especially for ex-cons and underprivileged children. To find out more about Van’s work, go to www.greenforall.org.  For information on the EMA Impact programs, go to www.makeanimpact2017.com.

What do you think about Van’s warnings, HollywoodLifers? Do you think that Donald Trump’s presidency will be a catastrophe for children and the planet? Let me know.