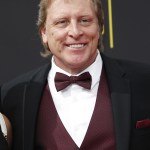 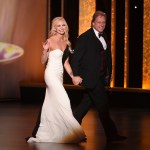 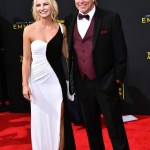 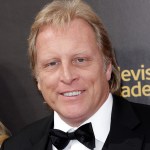 Yikes! The estranged daughter of Sig Hansen, best known as the ‘Deadliest Catch’ star, alleges her father molested and sexually abused her when she was a toddler. Her claims stem from interviews and court records, according to a new report. We’ve got the details!

We’re completely at a loss for words…TV star Sig Hansen, 50, is coming under fire for allegedly molesting his daughter when she was a young girl. Melissa Eckstrom, now a 28-year old lawyer living in Seattle, claims she remembers her father touching her inappropriately around the age of 2 in 1990, according to the Seattle Times. Because of her father’s alleged behavior, Melissa says she suffers from anxiety and depression even as an adult living a relatively normal life.

Melissa publicly came forth with her accusations on Mar. 18 after reportedly conducting a series of interviews and filing court records. “I have memories…of being in a room alone with my father and crying out in pain,” she stated in a court declaration. Last year, Melissa filed her lawsuit in the King County Superior Court. Her case was presented with documentation from medical findings, a therapist’s evaluation, and findings from Child Protective Services, according to the publication who first broke the story.

Melissa further claims the molestation began around the time her parents were getting divorced. But here’s where it gets REALLY messed up. Back in 1990, Melissa’s mother reported the alleged incidences to the police. Shortly after she received a letter from a Snohomish County deputy prosecutor, which shows that prosecutors originally declined to press charges against Sig because they believed they didn’t have proof — even though they really believed the Deadliest Catch star molested Melissa. You can see the shocking letter on the Seattle Times‘ story.

“I’m a pretty plain-spoken guy, and to me, this is nothing more than a shakedown. The allegations are completely false, rehashed lies my ex-wife Lisa Eckstrom used nearly 30 years ago to take away my daughter, and has continued to try to use to extort money from me.

“The fact is, decades ago I was exonerated of these allegations after a full court trial. My ex-wife Lisa took me – and worst of all, my parents – to court for this back in 1990, making these baseless claims. We were fully exonerated after a prosecuting attorney, a judge, court-appointed experts, a guardian ad litem and team of other child experts all agreed that these claims were pure fiction. I cooperated 100 percent, including taking a polygraph test that also confirmed my innocence.

“The tragedy is that my ex-wife Lisa has poisoned my relationship with our daughter through years of vile lies. Lisa has spun a web of deceit, depriving my daughter and me of a healthy, loving relationship. To me, that is the definition of child abuse.

“This is the third time the Eckstrom family has threatened to publicly rehash lies about me unless I pay them a pile of money, and I finally said enough is enough. If you’ve got something, bring it, because it was BS then, and it is BS now.”

HollywoodLifers, do you believe Melissa’s accusations? Tell us your thoughts below!