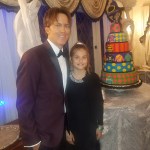 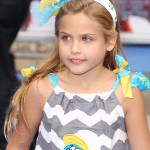 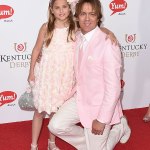 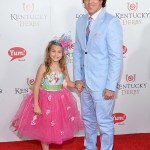 With the 10 year anniversary of Anna Nicole Smith’s tragic passing upon us, we’re hearing from her daughter about what life has been like growing up without her mom. Dannielynn Birkhead revealed in a sweet poem that her late mother sends her butterflies to remind her how much she’s loved.

It’s hard to believe that a decade has passed since bombshell model Anna Nicole Smith tragically overdosed as just 39-years-old. She left behind a five-month-old daughter Dannielynn, who as been lovingly raised by father Larry Birkhead, 44, far away from the spotlight in Kentucky. Both he and the sweet 10-year-old opened up to ABC’s 20/20 on Feb. 10 what life has been like for the little girl who never got to know her mom.

Dannielynn is a spitting image of her stunning mother with her big expressive green eyes and beautiful smile. She’s just like any other kid, admitting that her favorite food is french fries and she’d like to travel to Washington D.C. to see the national monuments. She didn’t talk too much about her late mom who passed away in 2007, but she’s always reminded of her by butterflies. Larry shared a special poem that she wrote about Anna, and asked correspondent Deborah Roberts to read it because he was too emotional.

“Ever since my mother’s death, a friends of hers said she would send me pretty butterflies,” Dannielynn’s poem reads, “So butterflies chase me everywhere, and I let the butterflies come out of my pencil and fly on my paper with their wings of love.” How heartbreaking! The poem was written on a precious drawing of an orange butterfly sitting atop a pink flower. It’s so lovely that she thinks her mom whenever she sees the beautiful winged creatures. Just hearing the words out loud nearly drove Larry to tears!  He said it takes a “strong little girl” to write something to powerful. It’s clear that while Anna’s gone for so long, she’s a meaningful presence in their lives and always will be.

Larry said of Dannielynn that, “She is fearless like her mom. She’ll get on any roller coaster that you put in front of her.” While it looked like she might follow in Anna Nicole’s modeling footsteps after her 2012 Guess Kids ad, Danielynn won’t be going down that path. “I’ve had companies call me since then and ask me for her to model. And the answer’s no,” Larry revealed. “She doesn’t show any interest in it. And some parents might say, ‘Oh my gosh, you know, Anna Nicole was her mom? This is the gravy train. Let’s roll with this.’ You know? But it’s nothing that she wants to do…she wants to be a kid.” Anna would be so proud of how amazing Dannielynn has turned out!

HollywoodLifers, what did you think of the 20/20 interview? Are you impressed with how Dannielynn has turned out?