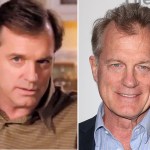 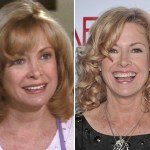 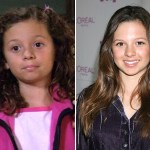 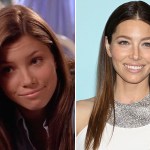 ‘7th Heaven’ mom Catherine Hicks is changing her tune! In a shocking new interview, the actress forgives onscreen husband Stephen Collins after he confessed to sexually abusing underage girls. She’s even willing to do a TV reunion with him!

“I have no opinion on Stephen’s culpability or not,” Catherine Hicks told TMZ in a video. “We were surprised, but we all love each other. We really, god, worked altogether beautifully, and if they did do a reunion, I’d just be happy to show up and see everyone, Stephen included. It was never an issue on our show. It’s just sort of another chapter, I think, to his life, I think, before we started 7th Heaven. Therefore, it’s not a current issue, so being together and resuming our characters would be fine, ’cause the show is based on forgiveness, nonjudgmentalism, humility, all the values that sort of make up a particular brand of faith.”

Catherine has done a complete 180 from the last time she spoke about a 7th Heaven reunion involving Stephen. Stephen, who played the moral Reverend Camden on the show, was consumed by scandal after he confessed to sexually abusing three underage girls over 40 years ago in 2014. His shocking past rocked fans 7th Heaven fans to their core.

When Catherine was asked in Sept. 2016 about the possibility of a reunion with Stephen, she joked that she’d be up for it if Stephen’s character was dead! Yikes! Catherine wanted to see her character, Annie Camden, get a boyfriend! Well, now Catherine has decided to forgive Stephen for his sins. Like 7th Heaven taught us, there’s always room in our hearts for forgiveness.

HollywoodLifers, do you think there should be a 7th Heaven reunion that includes Stephen? Let us know your thoughts below!