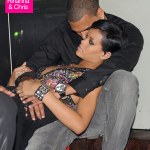 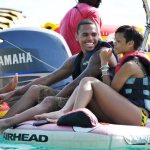 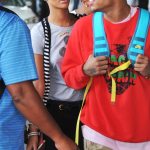 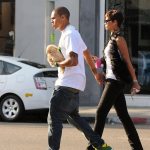 Mama knows best! Even though Chris Brown and Rihanna have totally moved on from each other, his mother desperately wishes they’d get back together, we’ve EXCLUSIVELY learned. Find out why she thinks other women don’t ‘hold a candle’ to RiRi!

Chris Brown, 27, and Rihanna, 28, found love in a hopeless place at one point in time, but that ship has clearly sailed. However, when it comes to Breezy’s mother, she’s hoping they’ll give their romance another go when the time is right! “As far as Joyce [Hawkins] is concerned, no one holds a candle to Rihanna for Chris. Joyce knows that Rihanna is the true love of Chris’ life and wishes they would have worked out long-term,” a source tells HollywoodLife.com EXCLUSIVELY. “Rih’s not only one of those few women that you can bring home, she’s one of the few that gets along with mama, go shopping with mama and respects mama and mama’s son.”

Our source continued, “These other girls who Chris has been with in the past have been with him only to use him for his fame, exotic travels and money. What he and Rih had was genuine and Joyce wishes he find that love again and with her.” The former flames dated for a couple of years and fell in love with each other as the world watched on, so clearly there’s major history there! Meanwhile, Chris seems to be totally infatuated with his new girlfriend, Krista Santiago, recently sending the model a diamond Rolex watch on her birthday! That’s no chump change.

Breezy even reportedly gifted his leading lady with a key to his lavish abode, meaning things could be getting pretty serious! As we previously reported, “Rihanna‘s not really involved in Chris’ life much, but to hear he’s got a new girlfriend is cool and she’s genuinely happy for him. It’s the holidays and everyone deserves to be loved now more than ever. She just hopes Chris does right by her, is faithful to her and loves her as he knows how.” We’re glad RiRi’s always so supportive!

HollywoodLifers, do you think Rihanna and Chris are over for good? Let us know!