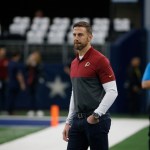 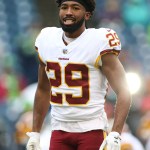 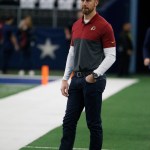 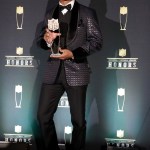 It’s ‘do or die’ for the Washington Redskins if they hope to make the NFL Playoffs. They face the struggling Carolina Panthers on Dec. 19, so tune into see what happens in this edition of ‘Monday Night Football.’ Click to watch.

With only three games left in the regular season, a loss could doom the Washington Redskins as they chase that elusive wild card spot in the NFL Postseason. With their NFC East Rivals, the Dallas Cowboys and New York Giants, battling for the division, the Redskins will try to get one step closer to the playoffs against the fallen Carolina Panthers. They welcome Cam Newton’s, 27, crew to FedExField. The game is set for 8:30 PM ET so tune in!

Sports fans can watch this Monday Night Football game via ESPN (after they enter in their cable information.) CLICK HERE TO WATCH THE REDSKINS VS. PANTHERS LIVE STREAM

Washington is a half-game out of the sixth and final wild-card spot, per the Washington Post. They’re also in third place in the NFC East. A loss here or in one of their remaining games (Chicago Bears on Dec. 24 and Giants on Jan. 1) will sink Kirk Cousins, 28, Josh Norman, 29, and the rest of the Washington squad.

Good news for Washington fans, though: the Carolina Panthers are not the juggernauts that they were last season. At 5-8, Carolina can only hope to finish the season with a .500 record. They could act like the worst trolls, ruining Washington’s playoff dreams by upsetting them at home.

That’s not very likely, though Carolina’s defense came back to life during their victory over the San Diego Chargers, per Fox Sports. The team forced five turnovers and sacks, and they’re getting linebacker Luke Kuechly, 25, back after a terrifying concussion.

Still, expect Kirk Cousins to set a single-season for Washington in this game. He has 122 yards to snap the 4,116 record he set in 2015. If the Panthers defense decides to fall asleep during this match, he’ll easily set a new high point for the squad.

Who do you think is going to win this game, HollywoodLifers? Washington or Carolina?