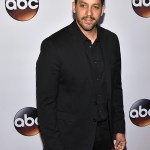 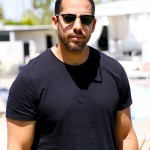 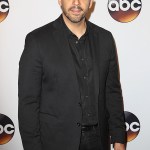 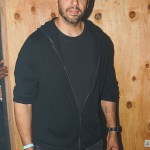 Tonight, David Blaine premieres his new television special ‘David Blaine: Beyond Magic’ on ABC and does some seriously scary tricks — involving some of your favorite celebs! So, who is this crazy talented magician and illusionist?

David Blaine started practicing magic when he was just 10 years old in Brooklyn, NY to impress his mom. He was given a how-to book by a local librarian and used it to learn classic card tricks. “When I did it the first time for my mom, she went crazy,” David told Rolling Stone. “I got addicted to the reaction. It’s simple – you’re making your mom thrilled. She loved it. Then I did it for her friends and they’re loving it … my mom was so proud.” He went to magic camp when he was 10 years old and moved to NYC at 18 to seriously practice magic. David was discovered after years of performing magic for tips at fancy Park Ave restaurants.

David’s first TV special, Street Magic, sent him to the forefront of the magic sphere. “Blaine can lay claim to his own brand of wizardry. The magic he offers operates on an uncommonly personal level,” New York Daily News wrote. His televised stunts include being entombed in a block of ice for 63 hours, buried alive for 7 days and electrocuted by 1 million volts.

3. David Blaine voted for Hillary Clinton, but has performed several of his stunts with the help of Donald Trump.

According to Rolling Stone, David Blaine voted for Hillary Clinton during the 2016 election. However, he has worked for several years with Donald Trump. He first partnered with Trump for his buried alive stunt in 1999. Trump allowed David to be buried on a plot of his land on the Upper West Side. He continued to work with Donald in 2008 for another stunt — the dive of death. For that stunt, David hung upside down for 60 hours outside Trump Tower without food or water.

4. David has a 6 year old daughter who lives in Paris with his ex-fiancé.

David has a 6-year-old daughter, Dessa, born on January 27, 2011. She lives with her mother, Blaine’s ex-fiancé Alizee Guinochet, in Paris. Alizee also worked as David’s assistant, before their imminent break up in 2014.

5. David often does magic for a good cause!

On a number of occasions, David has performed his magic in order to raise money for charity. He performed at Hole In The Wall Gang Camp, a summer camp for kids with serious illnesses, and took 100 children on a shopping spree funded by Target and Salvation Army. In 2010, he performed for 72 hours in Times Square to raise money for Haiti’s earthquake relief.

HollywoodLifers, will you be watching David Blaine: Beyond Magic tonight on ABC? Let us know in the comments below!