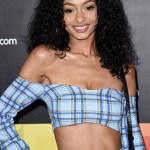 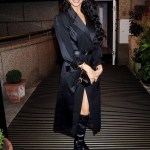 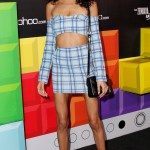 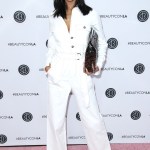 Justin Bieber’s ex, Jayde Pierce, is 6 months pregnant! And while she’s super ‘excited’ to give birth to her 1st child early next year, the model recently admitted that she didn’t always feel that way. In fact, she even considered having an abortion! Find out what changed her mind here!

Jayde Pierce, 21, is about to be a mom! And don’t worry, Justin Bieber, 22, it’s NOT yours! Even though the pair started hanging out together — and allegedly began a relationship — back in May 2015, Justin is in the clear on this one. Jayde’s actual baby daddy is her boyfriend of less-than-a-year, Mike Dixon, and the two could not be happier about welcoming a bundle of joy in the next three months.

But her pregnancy wasn’t always so happy in fact, she even considered having an abortion, according to Daily Mail. Speaking to fans over YouTube, Jayde said of her surprise pregnancy, “I was shocked. My initial thought was ‘S**t.'” The blogger continued, “I didn’t think I would have kids. There was no actual reason for me not to have kids, I just wasn’t bothered about kids I just didn’t think it would happen.”

What scared Jayde the most though, was her age. The star was, after all, only 20 years old when she discovered she was expecting. “I thought ‘Oh my god’ as I’m only 21,” she said. “Now I’m fine with my age but at first I was thinking ‘I’m still young, I’ve started my career’ and I was just thinking about stuff like that and I just got over it.”

As for Mike, he added during the YouTube convo that the baby was a shock for him as well, as he was not where he wanted to be in life. But he did admit that he always knew he would have children with Jayde. Revealing that they both cried at first, Jayde shared that she and her BF soon realized that they could do this.

“We both love each other so much, we’re both in love, we live together… and financially we’re good so there was nothing stopping me really apart from the fact we’re young,” she said. Pretty inspirational! Congrats, you two!

Tell us, HollywoodLifers — are you shocked Jayde considered having an abortion? Are you excited for the model to give birth?